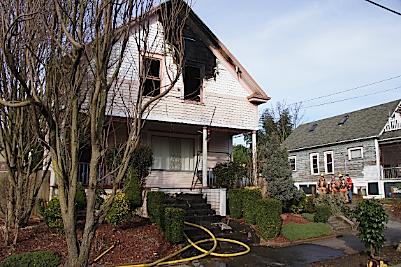 Portland Firefighters were dispatched to calls of a bedroom on fire in a duplex at 2:47pm.  The fire occurred at 1931 NE Weidler St.   Engine 13 from Portland Fire's Lloyd Center station arrived less than three minutes after being dispatched.  The fire originated in the upstairs unit of a two-story duplex.  Upon arrival, firefighters encountered heavy fire showing out of an upstairs bedroom window.  The fire spread to the attic and crews worked to bring the fire under control by 3:08 pm. 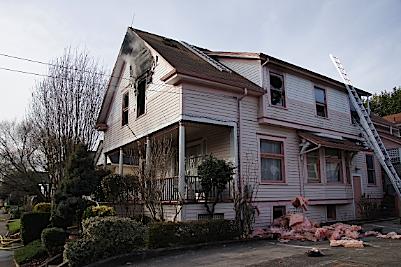 Firefighters determined that all occupants had safely evacuated the duplex.  Portland Fire & Rescue medics at the scene treated several residents for high levels of carbon monoxide.  The individuals did not require transport to a hospital. 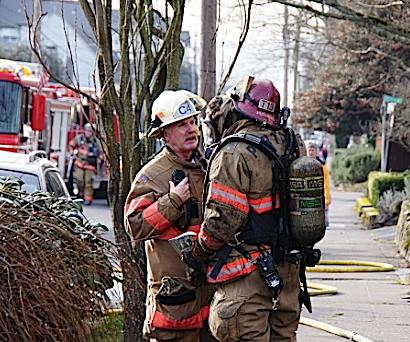 Three fire investigators are currently on scene investigating the cause of this fire.  The Red Cross has been called in to assist occupants with making alternate housing arrangements.  NE Weidler was shut down for several hours due to emergency response efforts.  This was the second residential fire that Portland Firefighters have responded to today.

I wanted to say a big THANK YOU for the incredible job you guys did at putting out the fire directly next door to our house. We are so thankful! Our house was completely unharmed and the fire was unable to spread over. We appreciate your hard work. My two daughters and I were shocked coming home to our block closed off and fire trucks everywhere. You gave my 4yr old stickers and explained everything was alright. You put our minds at ease knowing that the situation was under control. Thank you again!!