Portland firefighters were dispatched to reports of billowing black smoke and heat coming from the PF Chang's Restaurant and the public parking garage located at NW 12th and NW Davis in the Pearl District at 8:59 am.

Upon arrival, firefighters began searching for the source of the smoke and heat in the building which had multiple levels, entrances, and mixed commercial uses.  Of particular concern to firefighters was the fact that many vehicles were attempting to exit the parking garage located next to PF Chang's while they searched for the fire's location and source.

With black smoke continuing to pour from the parking garage's entrance, firefighters isolated the source to a ventilation system located on the first floor of the building next to the restaurant, which vented through the public parking garage containing several underground levels.

Firefighters worked to extinguish the fire in the ventilation room, which entailed removing numerous smoldering filters filled with charcoal pellets.  The resulting smoke from this fire has temporarily closed the PF Chang's Restaurant located at NW Couch until further notice.  The fire was brought under control at 9:57 am.

A Fire Investigator is currently on scene.  Portland Fire & Rescue reminds citizens that if you find yourself in a building or underground parking garage and need to evacuate, go to the nearest exit and follow the posted evacuation route as quickly and calmly as possible. 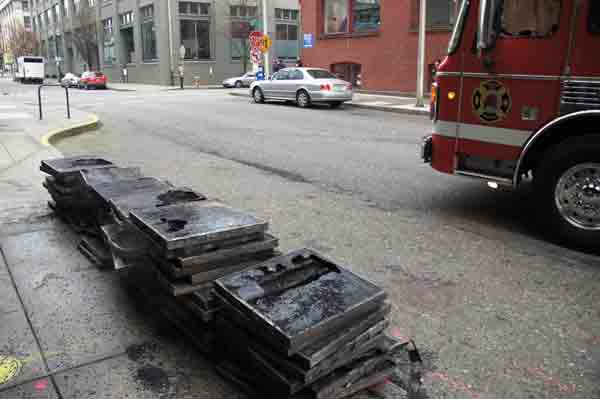 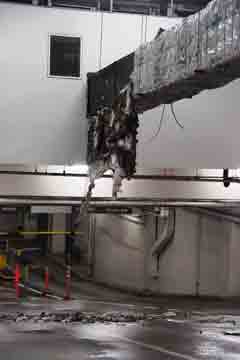