At 2:56pm today fire dispatchers began receiving calls reporting visible smoke and flame from the fourth floor of the apartment building at 2346 NW Glisan.  Firefighters were dispatched and by 2:59pm the first units were arriving.  On arrival firefighters found fire in a third floor apartment that had extended to the (fourth floor) apartment directly above.

Fire fighters immediately began evacuating occupants and fighting the fire.  The fire was declared under control by 3:47pm and firefighters began checking for hot spots and removing burned material to prevent the fire from "rekindling".  Thanks to the quick action of firefighters no (human) occupants were reported injured in this fire.  One pet (a dog) was found deceased and firefighters located the owner.  Many pets were rescued by firefighters.

Damage to the building includes fire damage to the two apartments and significant smoke damage on the third and fourth floors.  The first and second floors suffered water damage.  Investigators are on scene and working.  Damage estimates and fire cause are not yet available but this press release will be updated as soon as they are.

There are 36 apartment units in this building.  The entire building will be temporarily uninhabitable due to the damage.  Approximately 50 people have been displaced by this single alarm fire.  The displaced occupants will be assisted by the Red Cross. 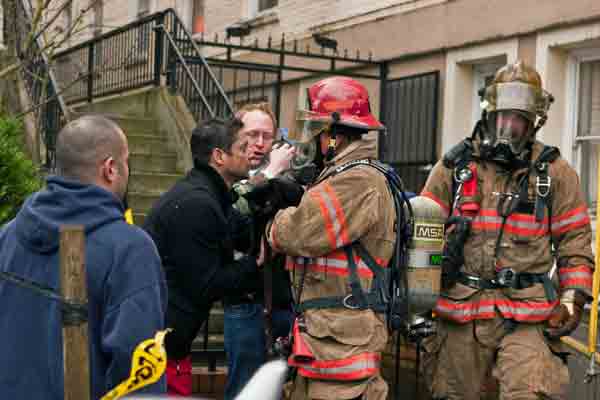 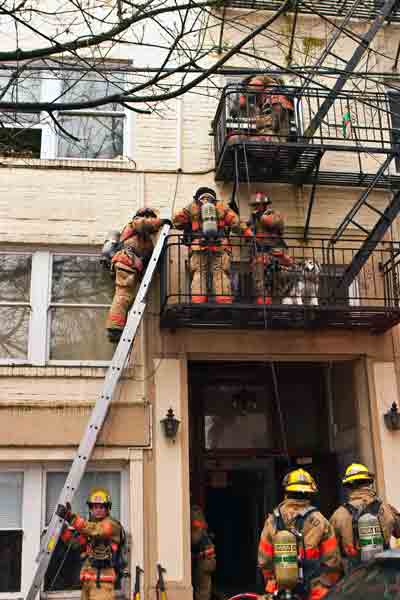 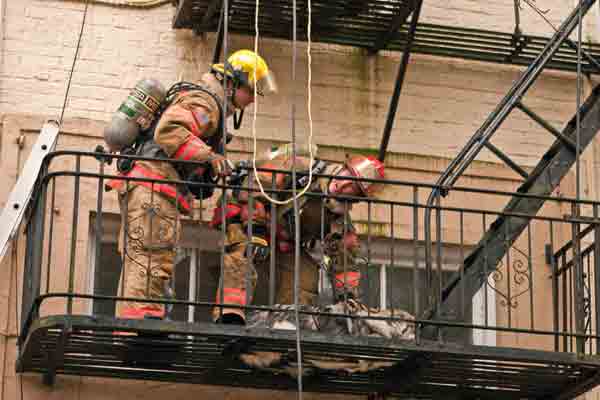