Portland Fire Investigators have determined that the fire at 36 NE Cook on February 14th at 9:00 am, was caused as a result of hot ashes that were placed in a bag too close to the house after the home's fireplace was used.

Portland Fire & Rescue reminds citizens to dispose of ashes in a metal container with a tight-fitting lid, and to place the container outside and away from the house or anything flammable while the ashes cool. Ashes from fires can be hot for several days even after being placed in a bucket, so please exercise caution when disposing of ashes.

This morning, just after 9:00am, Portland firefighters responded to a house fire at 36 NE Cook St.  On arrival fire crews found heavy fire from the back deck of the three story house.  Fire extended into a portion of the third floor and attic.  Firefighters immediately began extinguishing the fire and searching for occupants.

The fire on the exterior of the structure was quickly knocked down and firefighters began the difficult process of "chasing the fire" in the attic.  Attic fires in older homes are difficult to fight as these attics contain many concealed spaces where fire can hide.  The fire was extinguished and crews began removing burned material and securing the structure.

The home's owner was away and no one was injured in this fire.  She will be staying with family until her house can be made safe and comfortable.  A fire investigator is on scene working to determine the cause of the fire and a damage estimate.   This information will be released as soon as it's available. 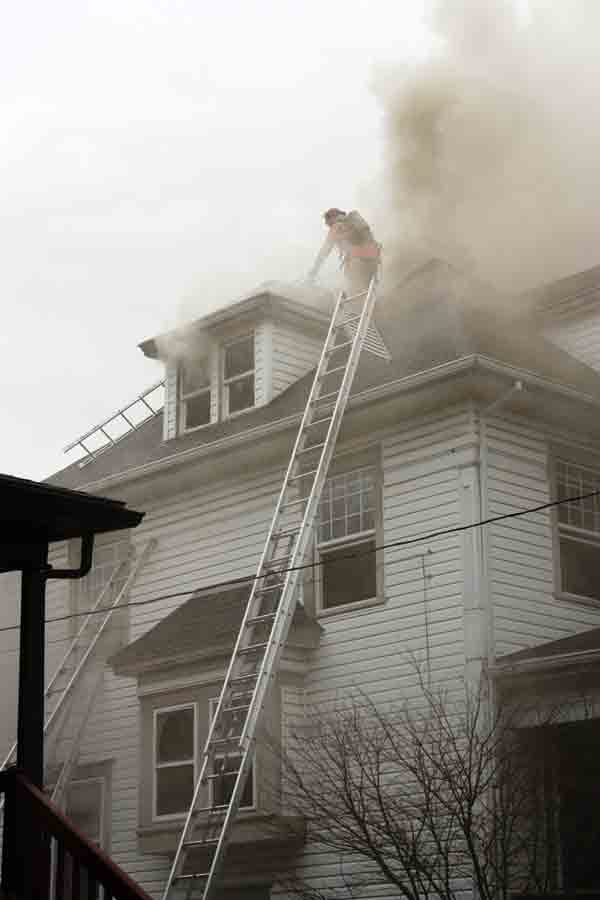 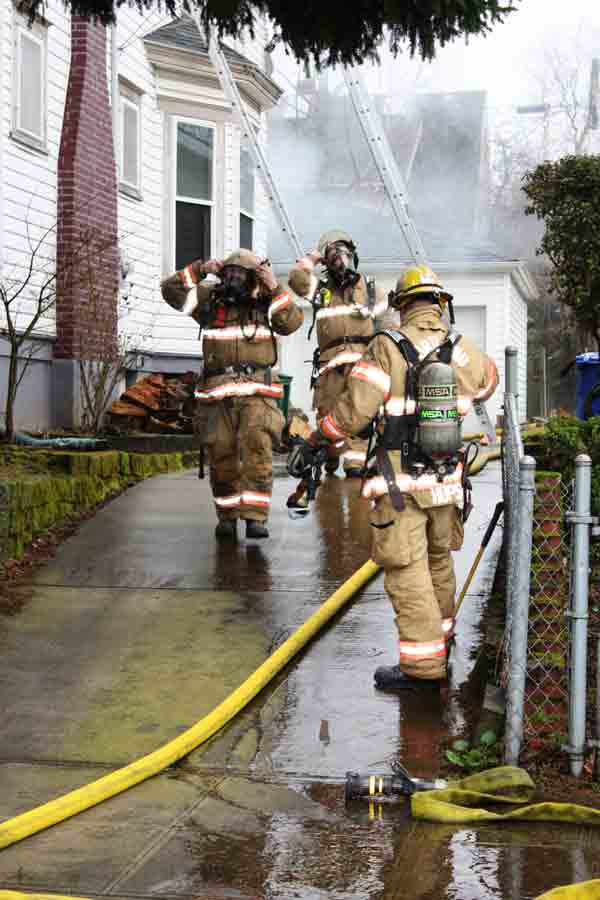 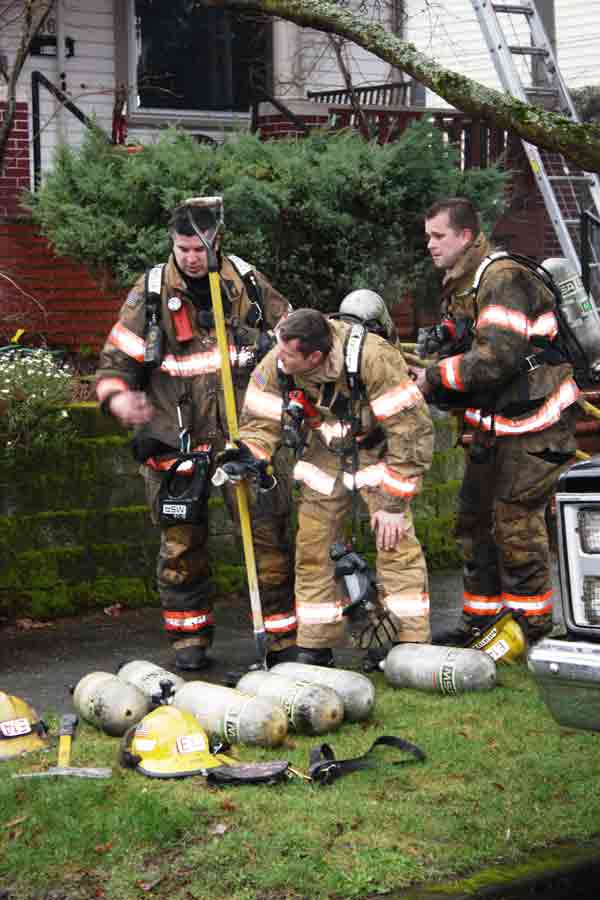