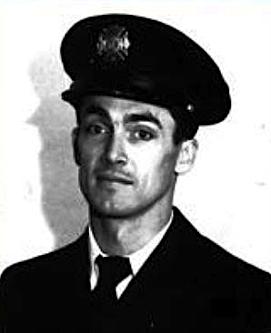 On Sunday February 13, 1977, Engine 15 was dispatched to 4000 SW Shattuck Road to a fire in a shed.  In the course of fighting the fire, Firefighter Devaney suffered a heart attack and was subsequently transported by Rescue 1 to Kaiser hospital.  Devaney would pass away in the hospital two days later, on February 15th.  Devaney, who was 56 years old at the time of his death, began his career with Portland Fire & Rescue on July 22, 1949.  He was survived by his wife, four sons, and four daughters.

This was my father. I was 12 years old when this happened.

Thank you for remembering him. H
Now that I am a grown man, I really understand what a GREAT man he was! He taught me a lot, a whole lot about life in my short 12 years with him.
.

Daniel M. Devaney, youngest of the 8 kids from my Dad.

He looks just like you Danny. You are also a great man. Amy

I rode at Sycamore Acres with the Devaney girls and one of the boys (Dave). They were all great kids and we really enjoyed them at the barn. Plus they were all real cuties!

He raised 8 children and was a great Father & Husband.

We miss you Dad and will see you again some day.

Thanks for all the love you gave us through out our lives.

Pretty great post. I just stumbled upon your weblog and wanted to mention that
I’ve truly loved browsing your blog posts.
After all I’ll be subscribing to your feed and I am hoping you write again very soon!

Thanks again for the post here.For honoring of my father. Think of that day often.

Dad,
It's been nearly 43 years. I remember it like yesterday.One of my only clear memories of my life.
I'm still marching on, knowing you're guiding me, beside me in me.
Thanks for giving me the gift of being a Devaney.
Dan Devaney

To serve a community is something I want. I have served this country, but have no roots. Looking into what I think I may have the skills for I found these posts. I am sorry for those that have lost loved ones in the line of their duty and I wanted to know if anyone knows if another fire fighter lost his life in 1977.

I live downtown in the Brown building. I thank those that serve this cause today and those that have served in the past. I came across a passage that said 2 were lost in 1977 and wondered if other firefighters were lost that year?

"He (Bob Layton) was Chief in 1977, when two firefighters were tragically killed while responding at the scene of an auto accident"

To try and join or belong to something I would like to know those that have given everything for the cause. Thank you all for your sacrifice to a place that is more home to me than any other.