Portland Fire & Rescue responded to a fire in a below-ground electrical vault in a garage on SW Morrison early this afternoon, February 22, 2011.  One PGE worker was burned and transported to the hospital.  West Burnside was closed during the incident.

Fighting the fire was complicated by its location.  The garage has multiple entrances, spans two apartment complexes, and there are small businesses layered between the street level and the apartments.  Power was off in the buildings, and the buildings were evacuated.  Additionally, the sprinkler system activated creating water issues below ground.

The call was dispatched at 12:30; Engine 4, from the Portland State University station arrived less than four minutes later.  The fire was "recalled" at 1:09.  A "recall" indicates that the incident commander does not anticipate needing more resources than he or she currently has on scene and is ready to start releasing crews back to service.

PGE is on scene, investigating the cause of the electrical fire. 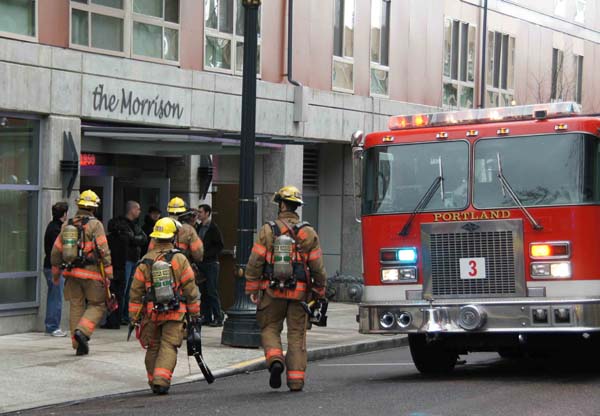 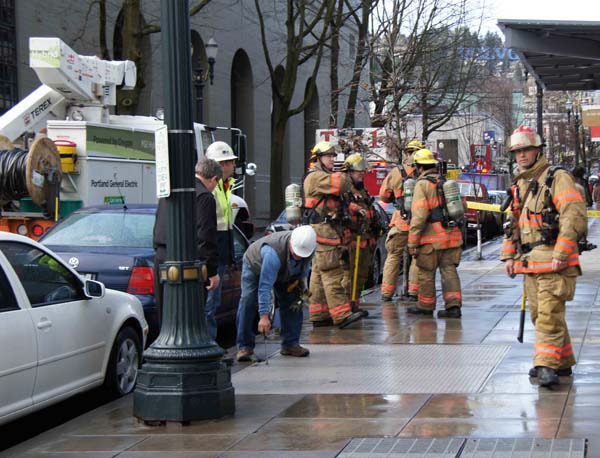 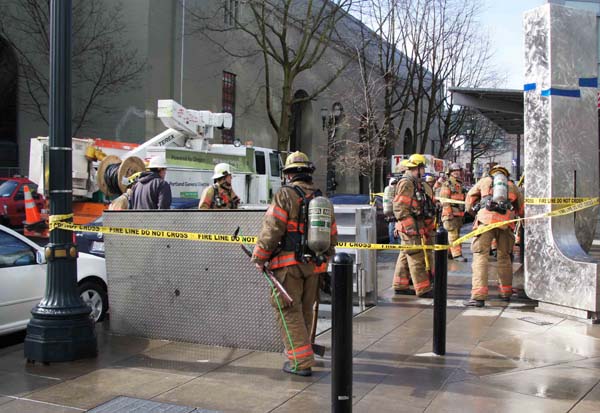