Portland Fire & Rescue responded to a report of a garbage fire at 6:54am today.  Upon arrival, crews discovered a large fire with 25 foot high flames originating from a pile of 15-20 cars and other debris in the middle of a scrap yard.  The business, named American Compost & Recycling, is located at 9707 N Columbia Blvd.

Crews quickly established a water supply and attacked the fire in a defensive mode.  There were not any structures or exposures close to the fire to be concerned with.
Aerial ladders supplying large amounts of water from Truck 22 were utilized to hit the fire from above.  Yet it took time for the fire to be brought under control due to the difficulty of reaching all of the spaces and voids the vehicles created in the pile.

Many crews were called to the scene, including PF&R's Rehab Rig, due to the extended fire fighting operations and the freezing weather.   Crews are currently still working to extinguish any remaining fires as the pile of cars are sifted through with the assistance of large moving equipment.

Updates on the fire will be posted as received. 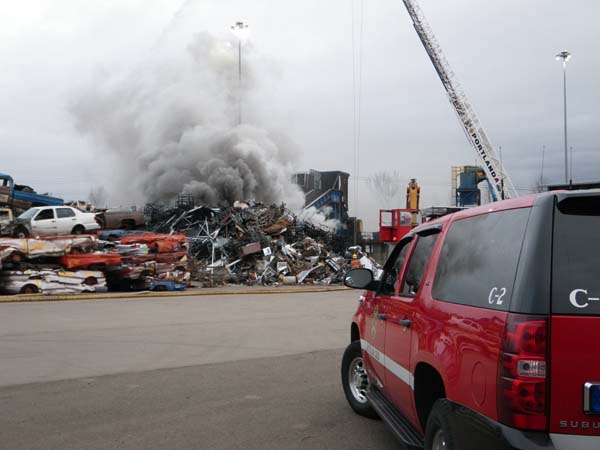 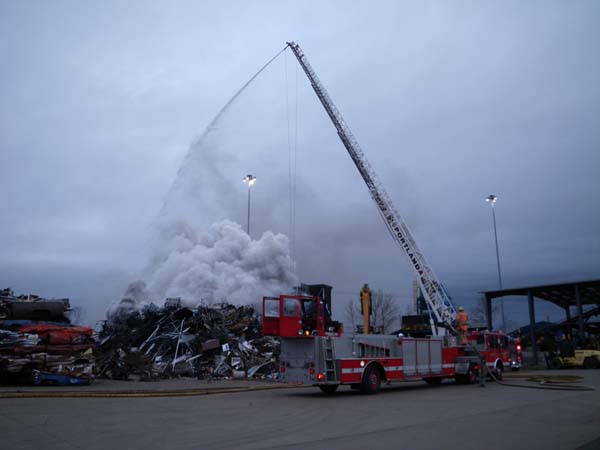