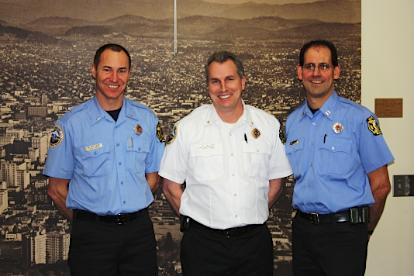 The three newest promotions have a combined total of 39 years of fire experience here at Portland Fire. 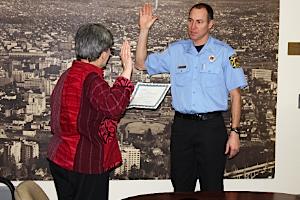 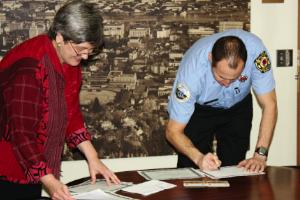 Tim began his career with Portland Fire in 2005 and had worked at Stations 2, 13, 15, 22, 25, and 26. As a Fire Lieutenant, Tim will be responsible for supervising firefighters when working at a fire scene or other emergency. He will also organize and supervise the day-to-day tasks at a Portland fire station, and provide training on safety procedures and fire equipment to firefighters. Click here to view the City of Portland Fire Lieutenant job description. 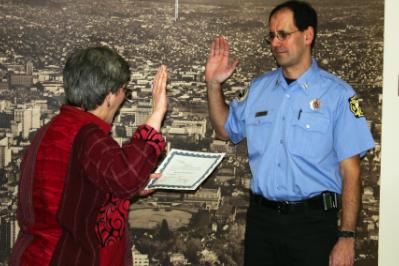 Steve has worked at fire stations across the City of Portland, most recently at Stations 7, 10, and 27. Steve was an integral part of the Urban Areas Security Initiative (UASI) grant writing team for Portland Fire, bringing thousands of dollars in grant money to the Portland metropolitan area to enhance regional preparedness. As PF&R’s newest Captain, Steve will be responsible for the direct command over firefighting personnel in a fire company, for the discipline and commendation of personnel, and for the proper maintenance of apparatus, equipment, and the fire station on an assigned shift as well as other shifts. Work differs from that of a Lieutenant in that the Captain is the administrative officer of the station and in that capacity is responsible for channeling directives from Headquarters to subordinates. Read more about a Fire Captain’s scope of responsibility here. 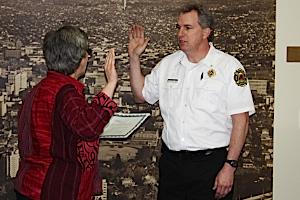 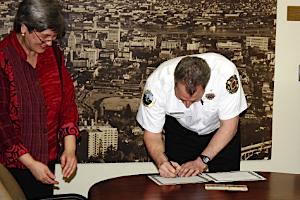 Kevin began his career as a firefighter in 1990. He brings experience to his new position as a firefighter specialist, and traveling lieutenant. He most recently served as a captain at Stations 3, 18, and 30.  Kevin also served at PF&R’s Logistics facility, responsible for:

Under the direction of a deputy fire chief, Battalion Chief Kevin will have command responsibility for all fire, rescue, and emergency medical service activities within one of the four battalions (specific geographic regions) within the City of Portland. Click here for further examples of work required for the position of a Battalion Chief.