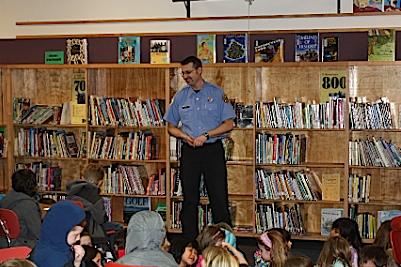 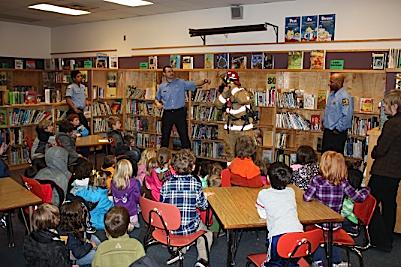 Around 40 kindergarten students were in attendance as Engine 9’s crew covered topics involving what to do in event of a fire. Firefighters stressed the importance of a home fire safety plan and family meeting places.  They also covered the basics of “Stop, Drop and Roll,” and introduced them Lieutenant Shane in full turnouts and breathing gear.  A firefighter in their full protective equipment may be scary to a young child. 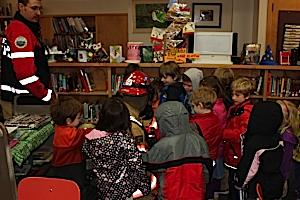 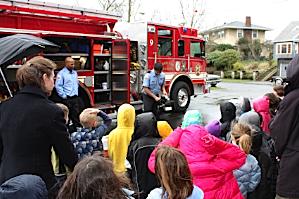 The children as well as the firefighters were very enthusiastic as they were introduced to the fire engine, as well as some of the tools carried on the apparatus. 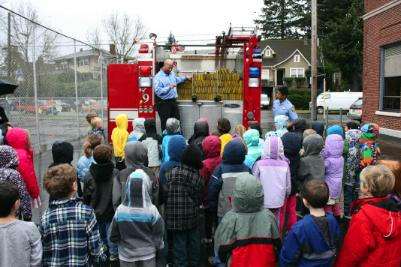 All in all, the visit was a valuable learning experience for the kindergartners!

Station 9 is a 8,128 square foot single company engine house which was built to replace the Historic Belmont Firehouse. Located at 1706 SE 39th Avenue in the heart of the bustling urban, residential neighborhood of the Hawthorne business district, the companies of Engine 9 respond to a community which is transitioning from a single-family neighborhood to a high density area of apartments, condominiums and commercial businesses.  It serves the Buckman, Kerns, Sunnyside, Laurelhurst and Richmond Neighborhood Associations.