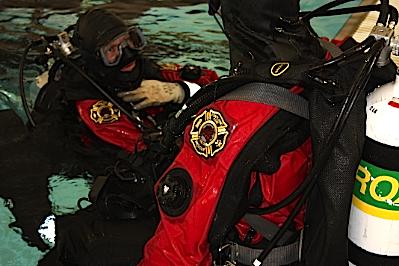 Portland Fire & Rescue’s (PF&R) Dive Rescue Team serves the City of Portland and surrounding areas by providing water rescue and recovery, primarily in the 60 miles of waterways in the response area.  Occasionally, the Dive Team is called to help with Police investigations or provide mutual aid to our partners in public safety on other waterways, such as the Sandy River. 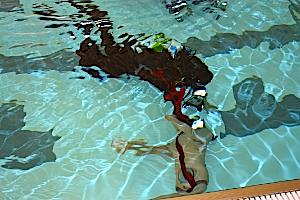 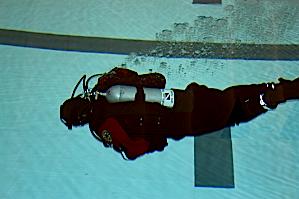 The Dive Team responds yearly to an average of 80 incidents, including cars over embankments, drowning victims and jumpers from the City of Portland’s numerous bridges. The Dive Team works closely with PF&R’s fireboats and the Technical Rescue Team at Station 1.

The Dive Rescue Team is comprised of approximately 24 active members, averaging eight on each shift. Yesterday, several Dive Team members participated in various training drills at Mt. Hood Community College Aquatic Center.  The dive team recently acquired new drysuits and specialized gear and equipment that they were testing and getting familiar with. 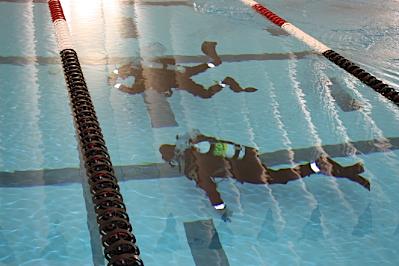 PF&R’s Dive Team does many training drills through out the year.  Very few of them are in a nice clear swimming pool, so they took advantage of the time they had.