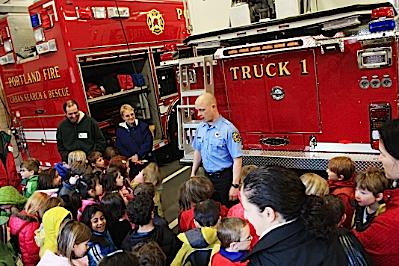 It was a full house this morning as 92 kindergarten children and 28 teachers and chaperones from the Beverly Cleary School in NE Portland visited Portland Fire & Rescue’s Station 1 in downtown Portland. 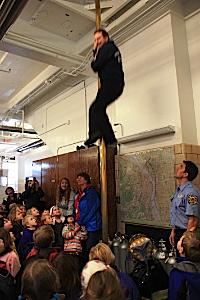 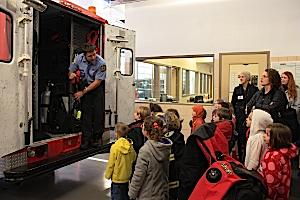 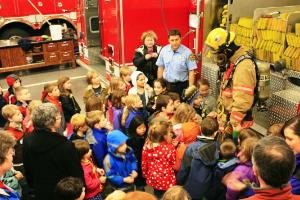 Children were also able to see up close the complex and specialized equipment stored on each apparatus. 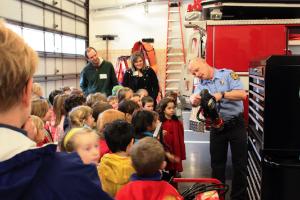 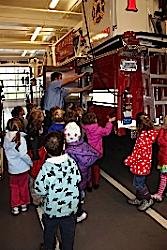 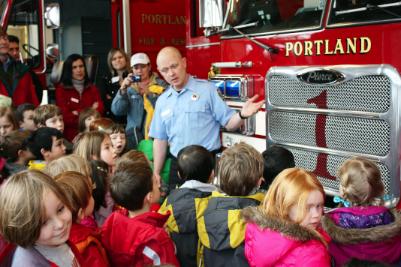 As Rick and William walked students and chaperones around the station, they worked safety messages into their talks, encouraging the students not to run from but to firefighters in the event of a fire. Firefighter Brian drove the message home by donning full-turnout gear and breathing apparatus and letting students touch and get used to what a firefighter looks like when coming to the rescue. 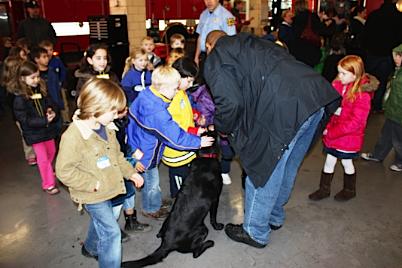 Children were excited to see firefighters slide the fire pole, but the hit of the tour was a visit from Fire Investigator/Lieutenant Jackson and Arson Detection Canine Lila. 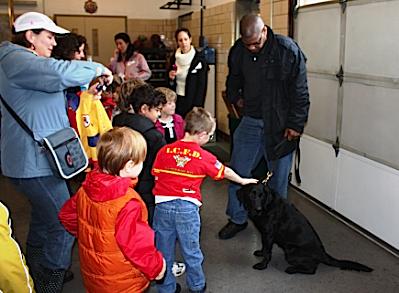 Students were presented with stickers, fire-safety coloring books, and Lila trading cards as they left the station. A big thanks to students from the Beverly Cleary School for visiting Portland Fire & Rescue’s Station 1!

how can i or is it possible to schedule a tour for my children? Mother of two. May invite another mother & her two kids if approved.