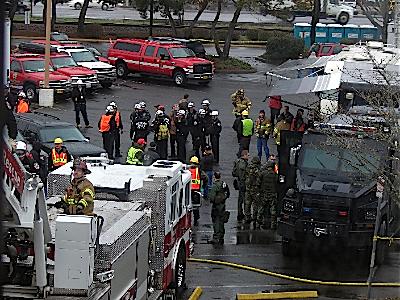 The exercise involved the state’s Urban Search and Rescue (US&R) Task Force, Hazardous Materials (HazMat) response teams, and one of the state’s three Incident Management Teams (IMT).  Over 250 personnel participated in the exercise. 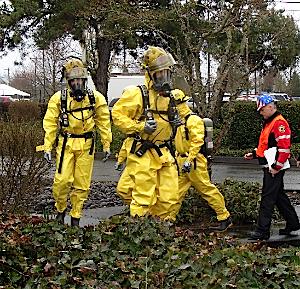 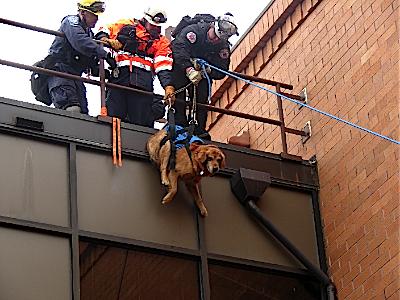 The exercise simulated an explosion in the Intel® Fab 4 building located in Aloha and included a partial building collapse, fire, leaking chemicals, and missing workers. The exercise involved the integrated response and rescue efforts of three separate technical teams and law enforcement agencies coordinated by a state incident management team. Elements of the exercise included practicing victim search and rescue, rescue techniques, hazard materials detection and leak containment, and structural shoring. The exercise provided each team an opportunity to practice their skills, to integrate the US&R, HazMat, and IMT into a single, coordinated operation, and for the teams to become familiar with each other's needs and capabilities.

Pictures courtesy of the Oregon Office of State Fire Marshal.