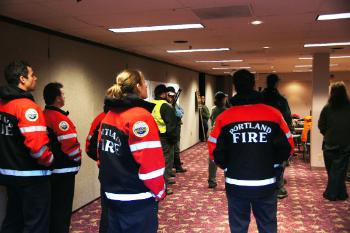 Firefighters from Station 16 participated in a terrorism drill at the Oregon Zoo this past week.  The idea of the drill was to enact an act of terror and see how Zoo and the zoo workers would react as rioters broke cages and were freeing animals. Portland Fire & Rescue was invited to participate in the drill as they would be first in at the zoo for any emergency response situation.

The zoo did not actually let the animals out, nor did they have rioters, but they did have people in riot costumes holding signs and people dressed as tigers and lions. 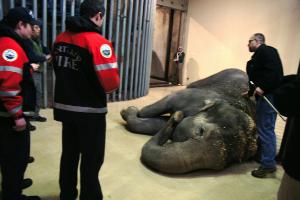 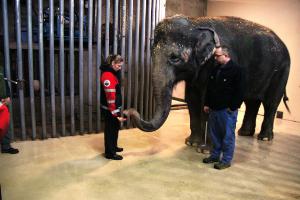 After the drill was complete, firefighters were invited to the Oregon Zoo's Elephant Home for a meet and greet with one of the elephants. 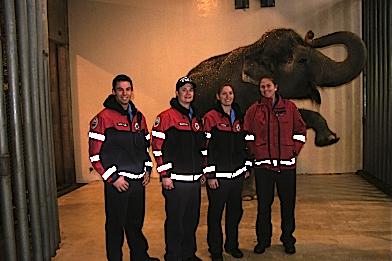 All in all, the drill was a success! The zoo was not only pleased with the response of all their employees but thankful for Station 16’s participation.