Emergency response is provided from 30 stations strategically located throughout the City of Portland to maximize resources and provide the quickest possible response times. 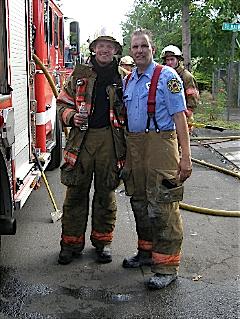 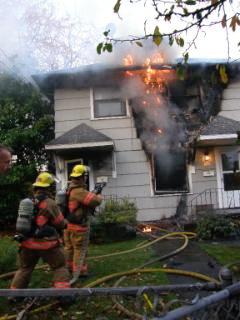 One of those 30 stations is located at 7301 E Burnside. The station serves a large response area, east to I-205, west to 47th Avenue, south to Division Street, and north to Tillamook Street.

The station was originally located at SE 61st and Stark and was moved in December 1953 to its current location.  The original building still stands and is now occupied by Cooper's Coffeehouse.  This station will mark 100 years of serving the surrounding community in March 2011. A 100th Anniversary celebration for the public is planned for Saturday, March 26th, 2011 at this Station!

A 100th Anniversary celebration for the public is planned for Saturday, March 26th, 2011 to mark 100 years of serving the surrounding community at this Station!

The engine company at this station is one of the busiest in the city. Crews at this station are prepared to respond to single family dwellings, apartments, commercial buildings, railroads, freeways, and the Mt. Tabor and Rocky Butte urban interface areas.  One paramedic officer and three firefighters are on duty at all times.

This station averages over 3,300 emergency responses per year.

Station personnel are actively involved in community outreach.  They regularly participate in fire safety presentations in both public and private schools in their Fire Management Area, and invite school groups in to tour the station.  Firefighters tailor their safety presentations to the age of their audience and aim to make it interactive and fun for kids.  Other activities they are involved in include the annual Adult Soapbox Derby held each August in Mt. Tabor Park, safety fairs, and many block parties in the summer.

Have you figured out which of the 30 Portland Fire Stations this blog is describing?

Check back later today to see if your station guess is correct.  And look for an announcement of an exciting celebration event 100 years in the making!