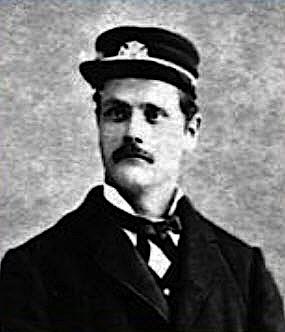 On March 25, 1896, Tom Grenfell passed died in Good Samaritan Hospital during surgery for a perforated appendix. His injury began in January when, on a fire call, he was helping pull a fire engine up a steep grade to reach a house fire. He fell, badly rupturing himself. He met with a similar injury in March, just prior to admitting himself to the hospital for his appendix.

Grenfell was the last member of the Volunteer Fire Department still working since the city instituted a paid fire department on January 1, 1883. Portland used a volunteer firefighting force that began August 1, 1853. The Grenfell family would go on to provide dozens of firefighters throughout the long history of Portland Fire & Rescue.