From left to right:

These five firefighters were nominated by Portland Fire & Rescue’s Emergency Operations Chief Scott Fisher as “exception women of 2011” for developing and implementing an annual three-day firefighter camp for young women ages 16 to 19. 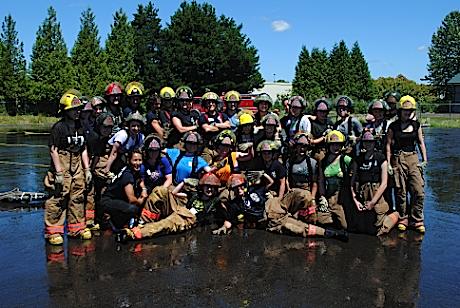 Stephanie, Irene, Lisa, Christine, and Elizabeth make up the Fire Camp’s Board of Directors, and have been responsible for the past two years for working tirelessly to coordinate meaningful opportunities for young women to try firefighting through hands-on training alongside women firefighters from the Portland metro area.

"Our mission with Fire Camp is to encourage strong young women to seriously consider fire service as a career option by building confidence, encouraging teamwork, and eliminating stereotypes,” Firefighter Lisa Knight noted. “Firefighting is a challenging but rewarding career. We want the young women who attend the camp to go back to their homes and communities enthusiastic about this career possibility and let their community know what they’ve learned and how their experience can make us all stronger as a community.”

Photos of the Fire Camp Board of Directors, and other women nominated for this year’s Women’s History Month Local Woman Campaign Award, will be added to a "collage of remarkable women." 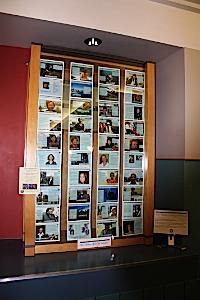 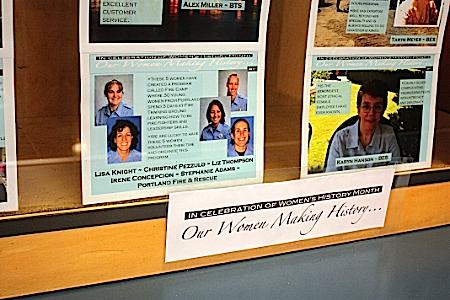 The collage is displayed in the Portland Building located at

Great to see female firefighters being recognized for their contributions to the PFB and very happy to see that they are reaching out to young women in the community. Had I known that it was possible for women to be so successful as firefighters I may have pursued it...sadly I am past my prime. Great work getting the word out. We have a lot of strong women in Portland!!!