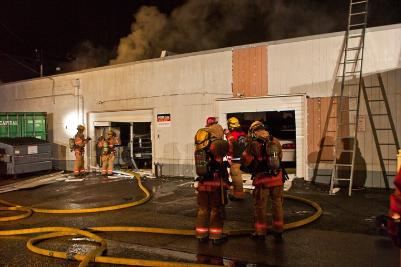 Portland Firefighters were dispatched to reports of a commercial fire at 1133 SE 82nd Avenue at 1:40 am.  As firefighters approached the building, they could see smoke billowing into the air from six blocks away.  The business is home to Finish Line Auto Body.  Because multiple chemicals are used in auto body shops, firefighters were concerned about potential explosive hazards as they entered the building to attack the fire. 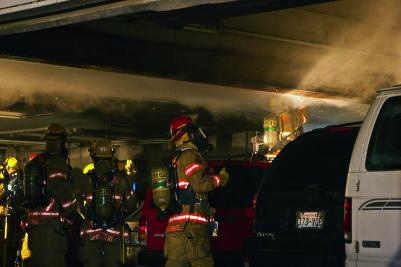 In addition, the fire burned through the electrical service and energized the gas lines in the building.  Because the gas lines were in contact with the floor where there were large amounts of water from the firefighting efforts, firefighters were receiving mild electrical shocks.  Firefighters had to momentarily alter their attack strategy while the power company shut off electrical service, and then firefighting efforts resumed normally.  No firefighters were injured.  A search of the premises revealed that nobody was in the building at the time the fire broke out. 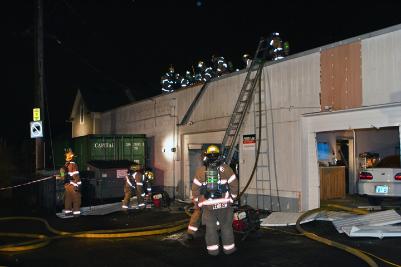 The fire required more than a standard first alarm response bringing in 7 engines, 3 trucks, 2 rescues, 3 chiefs, one rehab unit, and approximately 70 firefighters.  The fire was brought under control at 2:56 am.  Investigators are on scene still working to determine the cause of this fire.  No damage estimates are available at this time.