Portland Fire & Rescue responded to a residential structure fire that displaced a family of three adults, four children, and two dogs. All escaped the fire uninjured. The fire, which was contained to the front bedroom, caused extensive smoke damage throughout the home. Investigators on-scene determined that the cause of the fire was a child playing with a lighter that caught a mattress on fire. 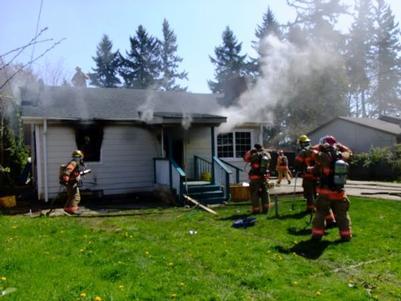 Off-duty Portland Firefighter Brad Martin, who was across the street helping a friend move, was the first on scene and ensured that all individuals living in the home were evacuated. Upon arrival of Engine Company 30, Firefighter Martin was placing water on the fire from the exterior of the structure using a garden hose. According to Lieutenant Ryan Lindquist, the officer on Engine 30, "When we arrived [the off duty firefighter] had made significant progress in suppressing the fire from the exterior with a garden hose; he was also able to tell us that everybody was out of the home."

Fire crews entered the structure wearing full turnout gear and completed extinguishment of the fire. As a precaution, a primary search of the structure was conducted by fire crews; the search confirmed that all residents were evacuated. 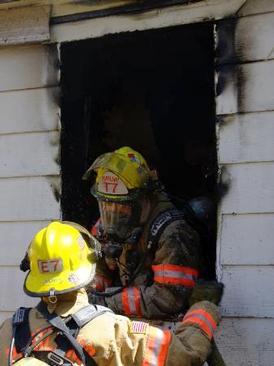 The fire was initially discovered by the child's mother who noticed smoke issuing from the room. Upon discovery of the fire, the mother evacuated the home with her children and pets. 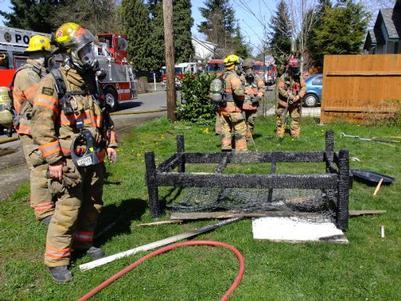 The Youth Fire Setting Program is an educational program designed to educate parents and children about fire safety and the consequences of fire. Individuals can help to prevent youth firesetting by keeping matches and lighters out of reach of all children. Most children are only involved with fire because it is available.

Portland Fire also reminds all families of the importance of working smoke detectors.

Gresham Fire assisted Portland Fire and Rescue on this fire.