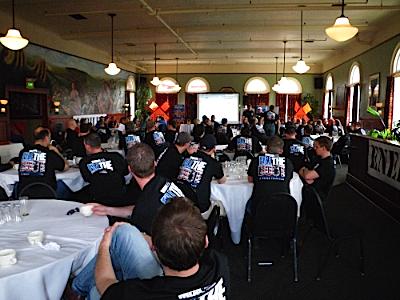 On April 19 and 20, 2011, over 60 firefighters representing 48 departments from all over Oregon, SW Washington, and Alaska convened at McMenamins Edgefield Hotel for the 2011 "MDA Boot Camp". 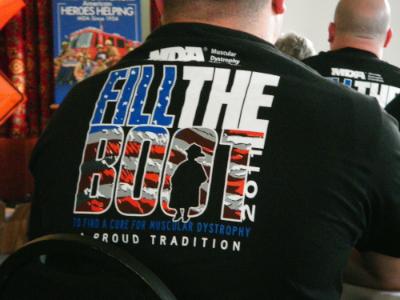 Boot Camp is a retreat where fundraising coordinators network and attend sessions on current events at MDA, new legislation affecting "Fill the Boot" and to share successful fundraising strategies. Several MDA clients and families were also in attendance, connecting real people to the mission.

Michael D. McNeill, 64, of Denver, died March 21, 2007 after a long battle with kidney cancer. After serving in the 101st Airborne Division, he joined the Denver Fire Department in 1967, retiring in 2000. Mike exemplified what it meant to be a true supporter of the MDA and since 2008, the MDA has awarded the "Michael D. McNeill Leadership Award" to fundraising coordinators who go above and beyond and find innovative ways to reach their goals. 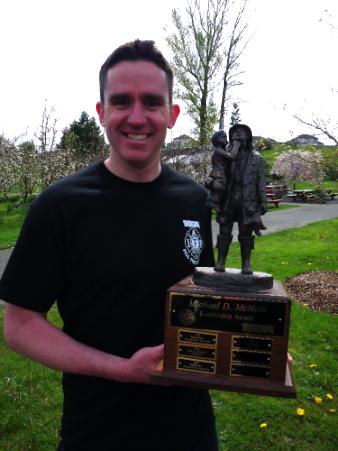 Muscular Dystrophy refers to over 40 diseases that weaken muscles in children and adults. 76% of the money raised goes directly to research, medical care and programs such as summer camps where firefighters serve as counselors. http://www.mdausa.org/.

My Dad would be so proud. Thank you for this great honor to his character. ~Amy