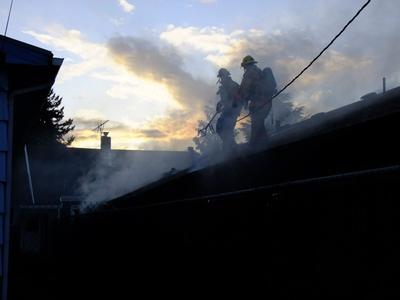 Portland Fire and Rescue responded to a fire caused by the gasoline vapors of a 1968 Chevy Corvette, two residents were displaced. Fire dispatch received a call from one of the residents stating that a fire, originating in the garage, was extending to the home; the call taker was also informed that all residents had evacuated.

Crews took less than five minutes to arrive on scene and observed pressurized smoke coming from the eves of the one-story home. Pressurized smoke is a positive sign of active fire within a closed structure. Crews from Station 11, located on 92nd and Reedway in Southeast Portland, used an aggressive fire attack to control the fire which was recalled less than 30 minutes after the first notification was received. The location of the structure, more than two blocks from the nearest hydrant, challenged crews to "lay-in" a long supply line to secure a water source. A crew from Clackamas County Fire assisted in firefighting efforts. 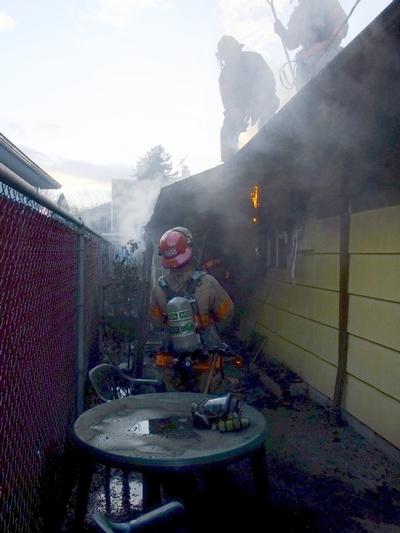 A Fire Investigator responded to the scene of the fire and determined the fire to be accidentally caused by gasoline vapors coming into contact with an electrical utility light lying on the ground. According to Fire Investigator Nicole Fuge, "Work was being done on the Corvette's engine when gasoline came into contact with the ignition source." There were no injuries caused by this fire. Damage to the building is estimated at over $50,000. 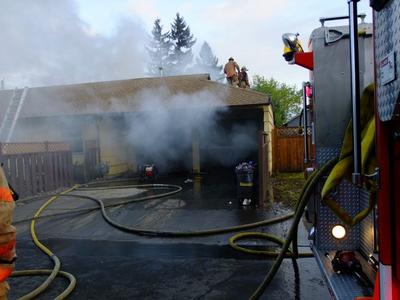