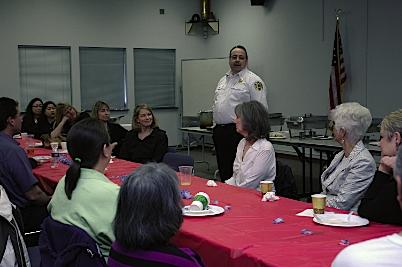 Portland Fire & Rescue’s (PF&R) Annual Administrative and Support Staff Appreciation Breakfast was held on Tuesday, April 26th at PF&R's Training Center in NE Portland.  This event honored close to 60 civilian or non-sworn administrative and support staff, each of which are critical to the overall success of the fire bureau. 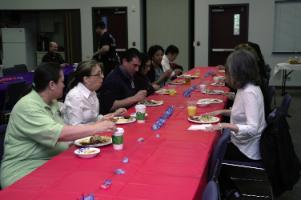 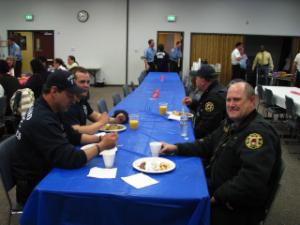 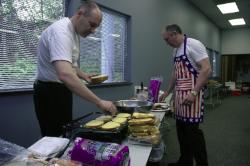 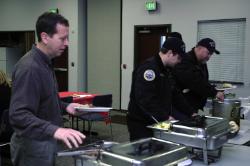 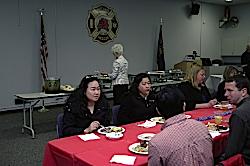 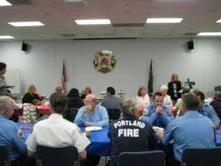 The menu consisted of sausage, bacon, biscuits and gravy, fruit, yogurt, and granola.  Highlights of the breakfast included Chief Schmidt and Nohr's French toast. Coffee, tea, and juice were also provided. An appreciation certificate signed by Fire Chief John Klum was presented to all of the administrative and support staff, thanking them for their faithful service to Portland Fire & Rescue.