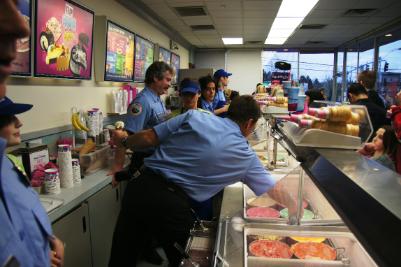 On Wednesday night from 7:00 to 8:00 pm, Captain Fred and Firefighters Gordon, Tim, and Christine from Station 5 in Hillsdale traded their fire hoses for ice cream scoops to help raise money for the National Fallen Firefighters Foundation. 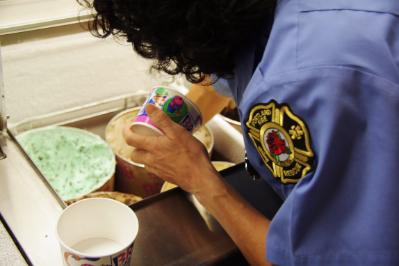 Baskin Robbins offered a 31 cent per scoop deal, and a portion of the proceeds went to the foundation. 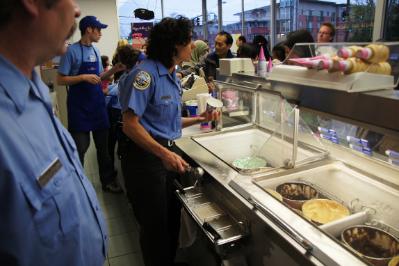 Despite the cold weather, there was a big crowd that was ready to get a treat for a good cause. 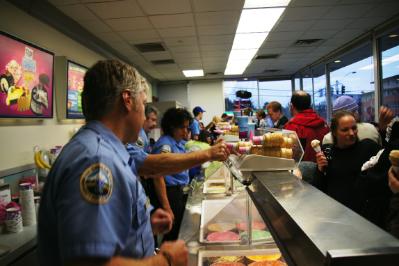 The firefighters at Station 5 want to give a big thanks to the Hillsdale Baskin and Robbins for allowing them to come behind the counter, serve up some fun, and raise some money for a cause that is very dear to every firefighter.