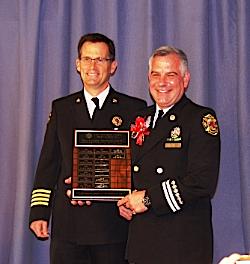 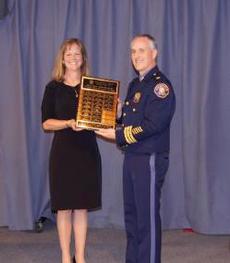 On Saturday, April 30, 2011, the American Legion Portland Post #1 honored a Firefighter and Police Officer at an annual dinner that recognizes outstanding individuals from Portland’s fire and police bureaus. 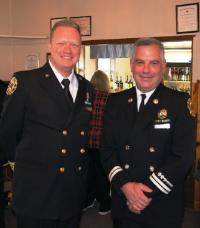 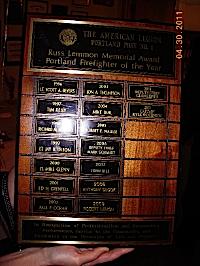 At the dinner, Portland Fire & Rescue’s (PF&R) Training Captain Kyle Wochnick and Police Sergeant Deborah Steigleder were presented the Russ Lemmon award. Russ Lemmon was a long-time member of Post #1 as well as a Multnomah County Deputy Sheriff. He was known for his dedication and integrity.  The award was named in his memory in order to recognize exceptional service and excellence in the performance of duty. 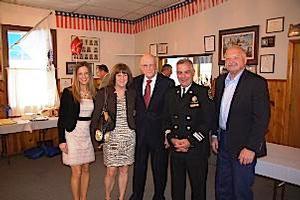 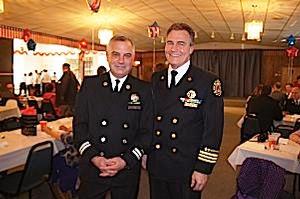 This year, the Firefighter of the Year introduction and presentation was made by PF&R’s Emergency Operations Chief Scott Fisher. 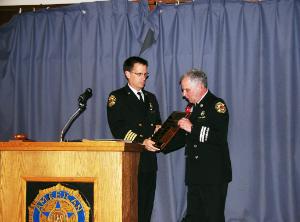 Fisher spoke of Wochnick’s accomplishments beyond the call of duty, how he continually improves the quality and efficiency of the Fire Bureau’s programs, procedures, and objectives, and the way Wochnick is a shining example of personal integrity, character, and citizenship. 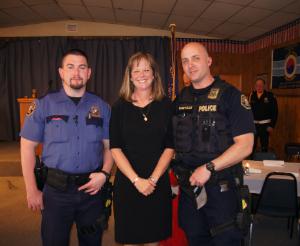 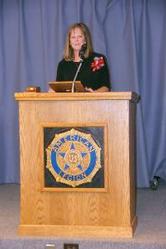 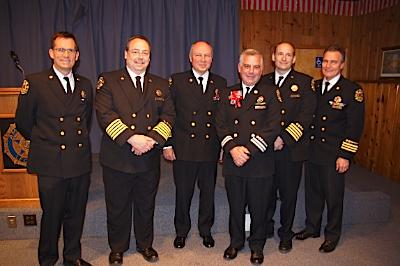 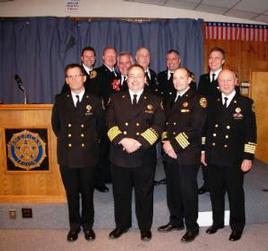 According to Portland Fire Chief John Klum, this award is the highest honor that can be bestowed on a firefighter.  The annual honorees are selected from among all firefighters in the Fire Bureau. “We have a sophisticated selection process,” Klum noted previously, “The selection committee carefully reviews each nomination. Not only must the firefighter be exemplary in their working career, but also must show exemplary efforts in their private lives.”

About his award, Wochnick said, “I am grateful. It’s the greatest honor that a firefighter can have at Portland Fire & Rescue.”