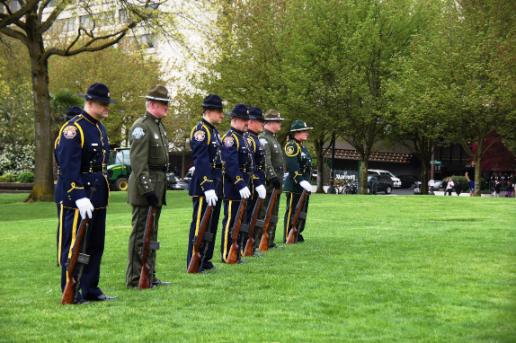 This afternoon, Portland Police Chief Michael Reese joined members of the Portland Police Bureau, other local police, fire, and public safety agencies, and the community in a ceremony honoring Portland Police Officers who have died in the line of duty. 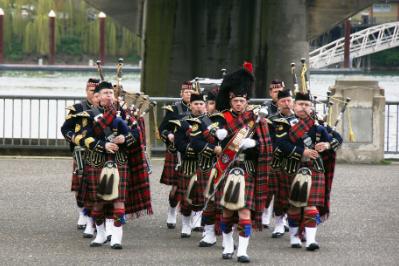 The annual ceremony was held at the Police Memorial located in Waterfront Park near the south end of the Hawthorne Bridge. The Portland Police Bureau's Highland Guard, Honor Guard, and the Mounted Patrol Unit participated in the ceremony. 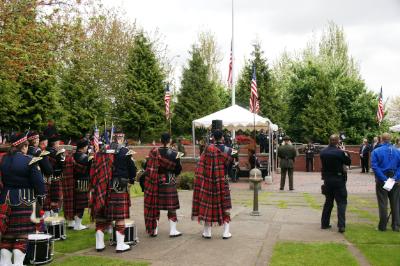 Chiefs from Portland Fire & Rescue (PF&R) were in attendance as well to honor police officers who have sacrificed their lives while serving the City of Portland. 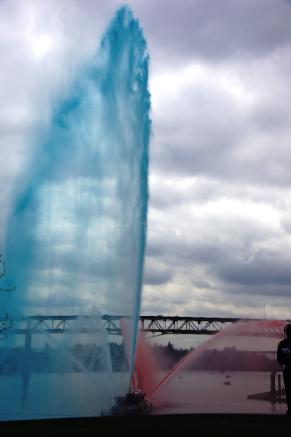