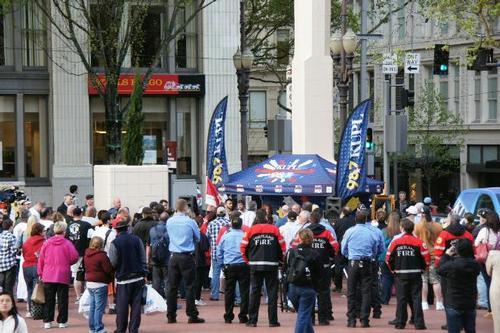 Last night as the sun set behind the west hills and a soft breeze blew through Pioneer Courthouse Square, Portland Fire & Rescue had the privilege of joining hundreds of community members in Portland’s living room to honor our brave service men and women. 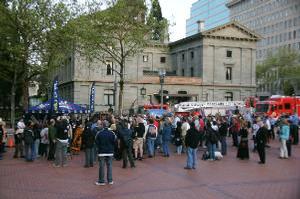 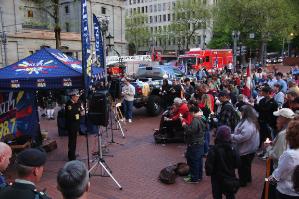 On May 12th, Training Division Chief John Nohr and Firefighters from Stations 1, 4, and 11 participated in a candlelight vigil in Pioneer Courthouse Square at the request of KUPL and KXL Radio.  The vigil was held to honor service men and women from Oregon and Washington who have lost their lives in Iraq and Afghanistan. 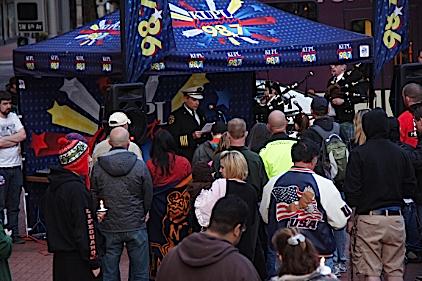 Chief Nohr, along with others from Portland Police Bureau, Mrs. Oregon, and KOIN TV, helped read the list of names of these fallen heroes in remembrance of their sacrifice. 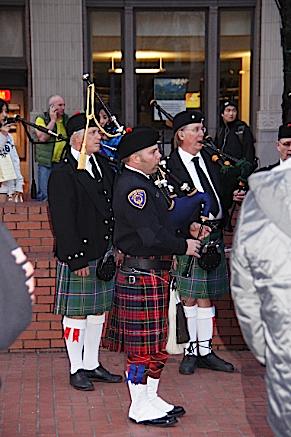 To conclude the ceremony, Firefighter Greg Rose from Station 11 joined other bagpipers after the names had been read in playing Amazing Grace. 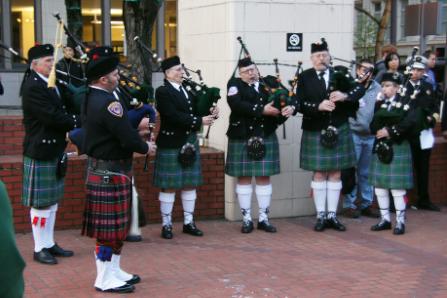 Additional photos will be posted to Portland Fire & Rescue's Facebook.