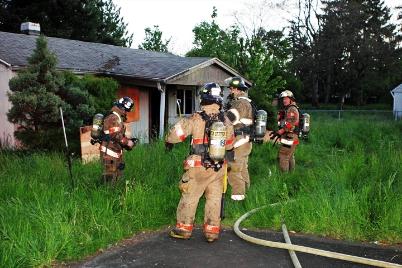 At 8:22 pm, firefighters responded to reports of a house on fire at 12001 E Burnside.  Upon arrival, firefighters encountered a vacant and boarded home that was on fire.  They began removing boards from the windows to gain entry and knock down the flames. 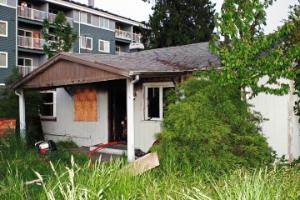 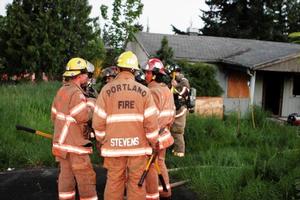 Firefighters on scene reported that the home was filled with garbage and refuse, and due to the fact that the windows were boarded, the fire went undetected for some time. 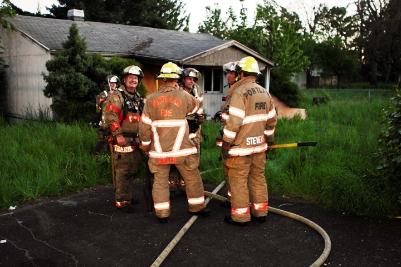 Although the structure was vacant, is was located feet from a large apartment building and directly across the street from the 122nd & Burnside MAX platform at a very busy intersection.  Traffic in the vicinity and MAX service was shut down as firefighters extinguished this fire. 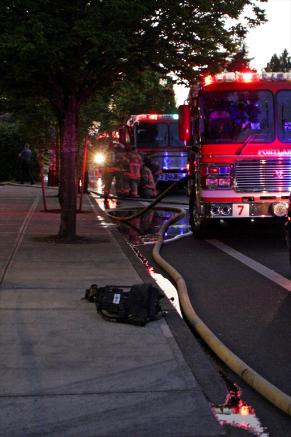 Firefighters were able to contain the fire and keep it from spreading to the adjacent apartment building, and from harming pedestrians and motorists in the area.
Photos courtesy of Greg Muhr.