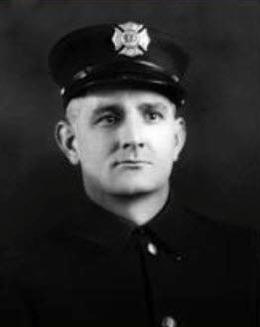 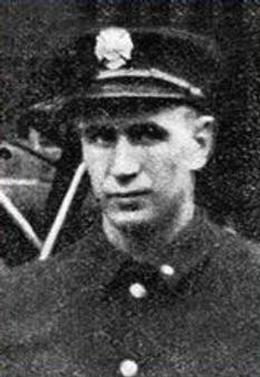 On May 20, 1928, a group of firefighters were practicing a ladder drill team maneuver at the corner of Chapman and Taylor Streets for the upcoming Rose Festival celebration when tragedy suddenly struck.  Two firefighters, William McCreery and Charles Ryan, were at the top of a straight ladder, approximately 45 feet above the street.  They were tied together by a leather lifebelt.  The belt broke, sending both Ryan and McCreery to the street.  Ryan died instantly while McCreery would succumb 12 hours later.

William McCreery had served with the Fresno, California Fire Department for a few years prior to coming to Portland on February 4, 1928.  During his short career in Portland, he was assigned to Truck 3.  He was 38 years old and survived by his Wife and four children.

Charles Ryan was hired July 21, 1924 and was also serving on Truck 3 at the time of his death.  He was survived by his Wife and two children.  He was 29 years old when he died.

Charles Ryan was married to my dad's aunt clara (his mother's sister). My dad never spoke of any family. I recently found out through my dad's cousin about this tragedy. Trying to put together a family heritage tree for my children and future generations.