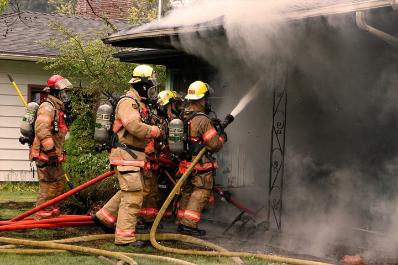 At 4:46pm Portland Fire & Rescue is responded to a fire at the 1600 block of SE 150th Ave. Initial reports were that an occupant had fallen asleep in the living room and woke up to find the room on fire. An AMR ambulance was also dispatched due to the potential need for medical attention by the occupant who was reported by a caller to have singed hair from the fire. 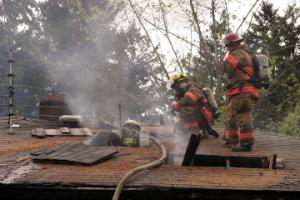 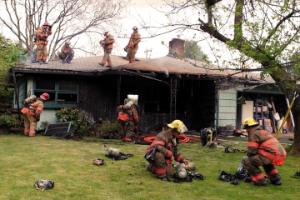 Responding units reported seeing smoke coming from several blocks away. First arriving crews from Station 7 reported heavy fire showing from the front and rear of the house. Firefighters quickly initiated an interior attack and were able quickly stop the fires progression with hoselines to the inside and firefighters cutting vent holes in the roof to remove excess heat vertically. Due to the large fire involvement firefighters also had to cut holes in the attic space and eaves to gain access to void spaces where fire can hide. 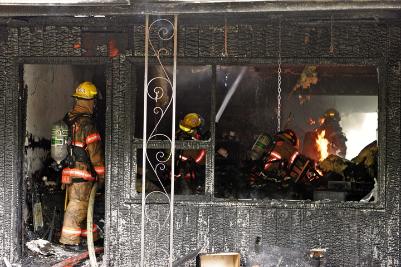 The occupant did have singed hair from the fire and was evaluated by AMR and PF&R Paramedics but was not transported. 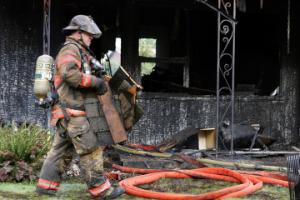 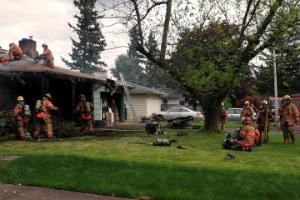 Specific hazards included the large amount of excess contents piled up throughout the home which can impede access, create an additional fuel load and can potentially create a condition where contents collapse on or impede a firefighters rapid egress in an emergency. The power company was also called to assist in eliminating an electrical hazard.

Was there video of this anywhere? Say on the news?