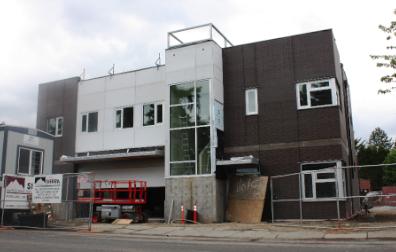 The Station 31 rebuilding project is part of a general obligation bond approved by voters in 1998 to seismically upgrade aging fire stations to better withstand earthquakes.  The bond has enabled Portland Fire & Rescue to improve ADA accessibility, provide accommodations for female firefighters, and improve operations in its fire stations. 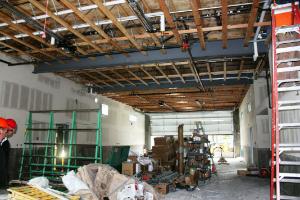 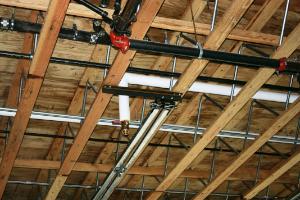 The apparatus bay and ceiling-mounted water fills for fire apparatus 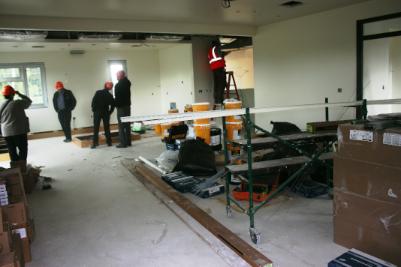 Station 31, located at 1927 SE 174th Street, has currently been demolished and is in the process of being rebuilt.  Station 31's apparatus and crews have been relocated to Gresham Fire & Emergency Services' Station 74. Station 31's Fire Management Area (FMA) has been adjusted to ensure adequate coverage is provided during construction of the new station.  Tentative completion of the station will be in July 2011. 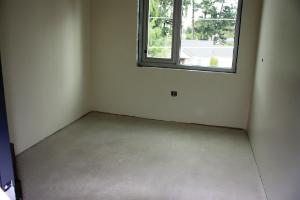 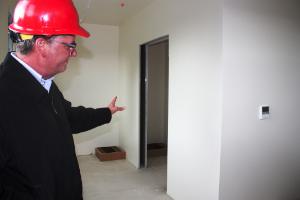 The newly built Station 31 includes an expanded apparatus bay to hold fire equipment and apparatus, and most importantly, accommodate future growth. The new station is a two-story building with a kitchen/living area upstairs, a guarded fire pole from the second to first floor, dorms/sleeping rooms, an elevator, and an exercise room.  The station was built to include high ceilings, windows, and skylights to allow natural daylight into most occupied spaces so little or no electrical lighting is needed during the day. The apparatus bay will include water fills for fire apparatus on the ceiling as well as a high-powered generator. 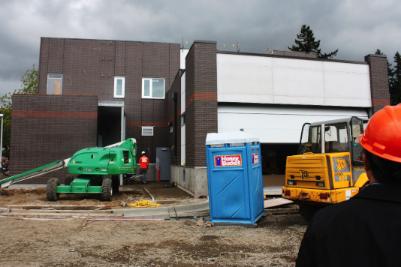 Back view of Station 31

A live webcam has been set up by Sierra Construction Co., so you can see the progress being made on the project.  Tentative completion of the station will be in July 2011. Stay tuned for open house details!