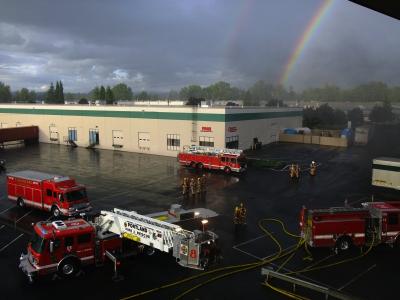 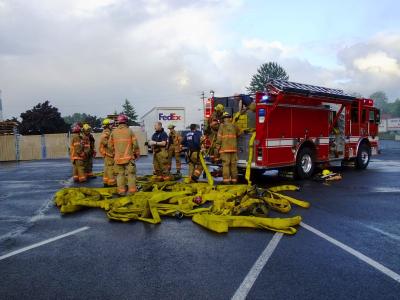 Engine 14 was dispatched to a commercial alarm at 2205 NE Columbia Blvd. Upon further investigation they were able to locate a faint smell of smoke in a very large 2-story mixed use warehouse complex. As they progressed further into the building the smoke became stronger. When Engine 14's crew opened an overhead door, thick, black smoke began billowing out of the building, prompting the request for a "box" assignment. After a few moments of further assessment, and factoring in the large amounts of smoke, zero-visibility and the size of the structure a 2nd alarm assignment was requested by incident commander. 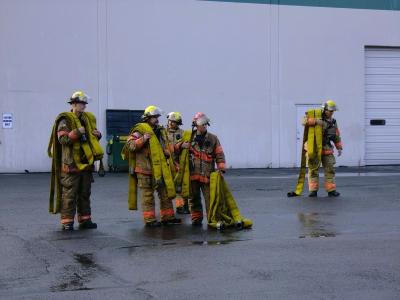 The fire was not very large, but the materials that were burning issued a large amount of smoke in a closed building. "Had the fire involvement been greater the complexity and risk involved would have grown exponentially." said PIO Paul Corah. "Warehouses are potentially dangerous because of the unknown contents and oftentimes illogical interior floorplans." 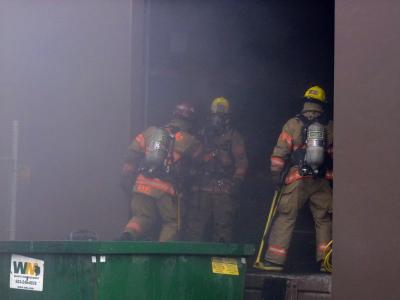 The air is constantly being monitored and firefighters will continue to wear their self-contained breathing apparatus (SCBAs) while on scene to ensure their safety. 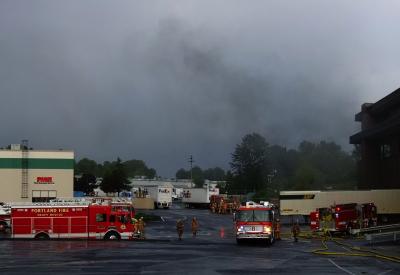 A PF&R photographer was on scene, photos will be released in a future update. Portland Fire Investigators are currently working to determine the cause of this fire.

Portland Fire & Rescue is responding to a 2nd Alarm Fire at 2205 NE Columbia Blvd. A PIO is enroute and a media staging area will be determined upon arrival. Updates will be posted as they become available.