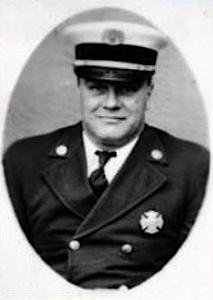 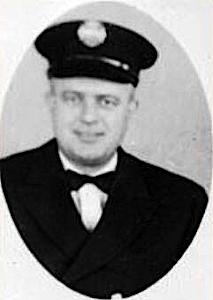 On Sunday night, June 2, 1940, Engine 4 responded to a fire at the Portland Furniture Manufacturing Company at 5331 SW Macadam Avenue.  The first arriving company was Engine 10, who laid a hose line into a wood drying kiln that was on fire. When they opened the door, heavy smoke poured out and the men retreated to get their canister smoke masks.

Engine 4, located at SW 4th and Montomery, arrived soon after.  Captain Markstrom along with firefighters Ernest Bills and Henry Susbauer, already wearing canister-type breathing masks, entered the building with a hose line.  After entering the dense smoke, Susbauer experienced problems and had to leave to adjust his mask.  When he returned, he discovered Markstrom lying on the floor.  He pulled Markstrom toward the door but was unable to continue and exited to get more help, eventually getting Markstrom out. Captain Harry Watts found Bills and carried him from the building.  Neither Markstrom nor Bills responded to a lengthy attempt at resuscitation.

When Fire Chief Edward Grenfell inspected the scene he surmised that Bills had been overcome and Markstrom had pulled him back about 10 feet from the nozzle.  Markstrom then had trouble with his mask and tried to exit for help.  He only made it about ten feet before he too was overcome by the smoke.  The Chief also concluded that the smoke was so dense that there was not enough oxygen in the air for the canister masks to work properly.

Carl Markstrom was hired March 20, 1930 and was 42 years old at the time of his death.  He was survived by his wife and two children.

Markstrom and Bills were close friends both on and off the job.