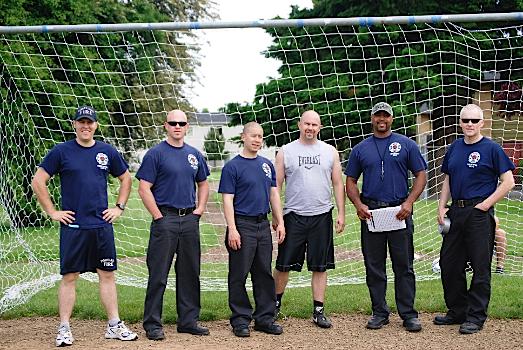 When Polo Catalani from the City of Portland’s Office of Human Relations approached Portland Fire & Rescue (PF&R) about participating in the Refugee World Cup soccer tournament, fire chiefs agreed this would be a great opportunity to have firefighters present at the big event.  The event will be held on July 1st & 2nd at Delta Park and PF&R will be there to meet and greet the public, cheer on the kids who will be participating, and provide outreach about what PF&R does in the community.

But then PF&R learned that there was an even greater need.  Two of the 16 teams of refugee boys ages 14 to 20 did not have coaches – a team from David Douglas High School and a mixed team from Roosevelt and Jefferson High Schools. 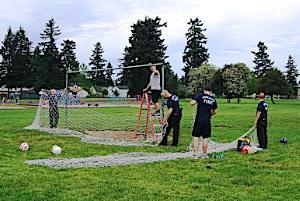 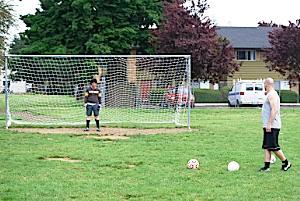 Only 27% of boys from refugee communities in Portland graduate from high school.  So this event is not just about soccer and bringing communities together – although that is all true – it’s about building relationships with kids who are struggling and need our help to stay on a path for success in the future.

When Emergency Operations Division Chief Scott Fisher learned of this need, he knew what to do.  “The word ‘adoption’ came first to my mind,” said Fisher.  “Portland fire stations are actively involved in the schools in their fire districts.  We asked two stations to adopt these teams and each crew said overwhelmingly, yes.” 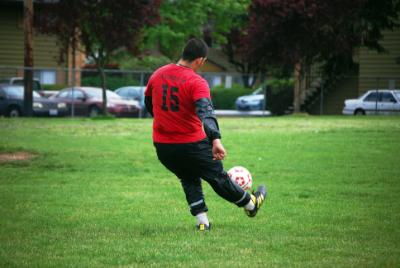 SE Portland’s Station 7 has been a longtime supporter of what they fondly refer to as “their school”.  When Captain Tom Williams was approached with the idea of coaching this team, he remarked, “We would do anything for David Douglas High School.” 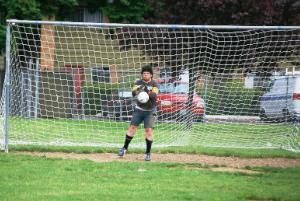 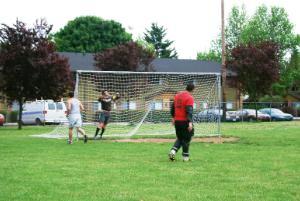 Practices started the week of June 1st.  On June 4th, Station 7 had 24 youth attend practice.  While observing practice on June 5th, I learned from Lieutenant David Barron that the team is comprised of players from Ethiopia, Turkey, Iraq, and Somalia.  According to the players, many left their countries with their families in search of religious freedom. According to Barron, these kids are like any other teenagers.  The only difference is that English is their second language.  One player from Somalia speaks seven different languages. 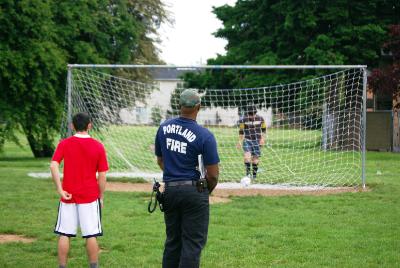 “I’ve never coached a day of soccer in my life, but I’m a good organizer and motivator and I love to coach,” said Barron.

All firefighters from Station 7 are participating in coaching their team through the month of June and during the two-day Refugee World Cup tournament which will be held at Delta Park during the first weekend in July.

Stay tuned to the Fire Blog this week to learn more about North Portland’s Station 24 who will also be coaching a team in the tournament.