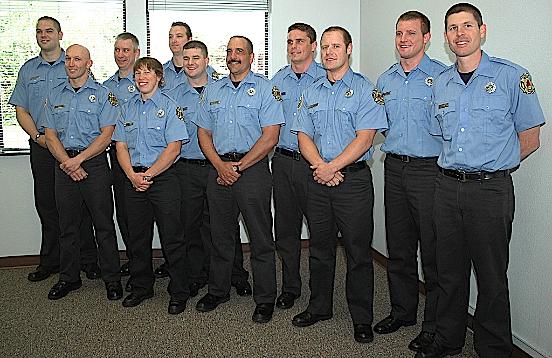 This class included 11 firefighters who successfully completed PF&R’s Training Academy, worked under the close supervision of officers and firefighters at Station 2, and are now full-fledged firefighters. 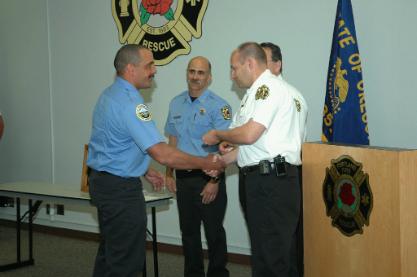 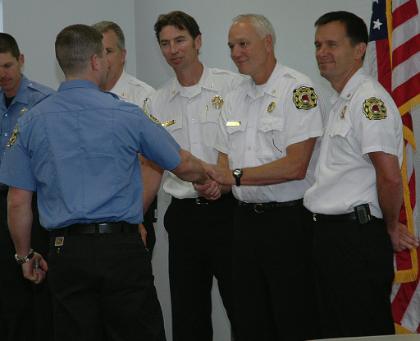 Training Division Chief John Nohr delivered the commencement address and acknowledged the fact that passing PF&R’s Training Academy is difficult for both firefighters and their families.  As such, he thanked the graduates for their dedication and commitment, and their family members who supported them throughout the past year.

The ceremony was followed by cake and photos with Chief Nohr.

Congratulations to the new Firefighters from Class 10-03

and welcome to the family!