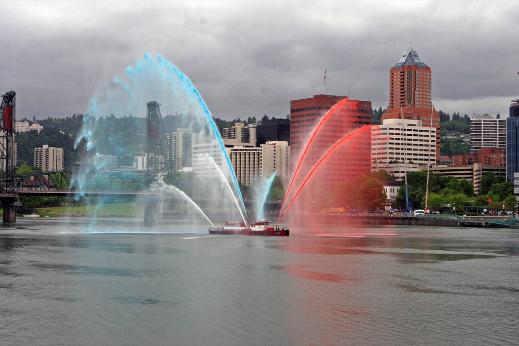 The David Campbell Fireboat ushered in the first group of four boats Wednesday afternoon as a start to the Rose Festival Fleet Week where naval vessels from the U.S. Navy, U.S. Coast Guard, and the Canadian Maritime Forces arrive from around the world for a four-day visit to the City of Roses.

Crowds gathered along the esplanade to watch the Portland Fire Department boat spout water hundreds of feet into the air as a start to the celebration. 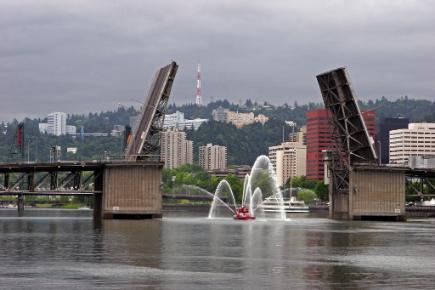 The Fleet Week will continue today at 11 am with the arrival of nine ships until around 4pm in the afternoon.  Included in this group of ships is the WWII PT 658, authentically painted as it was at the end of the war.  Enabling these ships to pass through our beautiful city, the raising of bridges will cause traffic delays so be prepared with various routes.

The rest of the week is expected to be full of warm and nice weather, though the initial amount of rain this spring caused concern over the high river levels; raising the Willamette river water from 7to 17ft and causing the distance between the water and the city’s bridges to decrease.  Though the high water level has affected the larger ships, specifically those brought by the Navy, many of the ship commanders were not deterred by the rising levels. These challenges have happened in past years and therefore planning has been completely committed to the event’s success and a “smooth sailing” week. 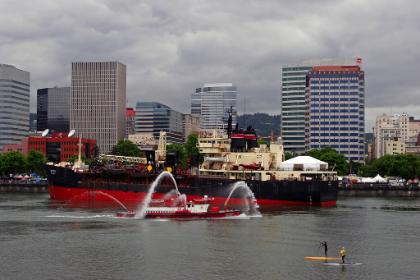 Informational booths will be set up along the esplanade as well as tours will be available upon these ships until they depart Sunday.