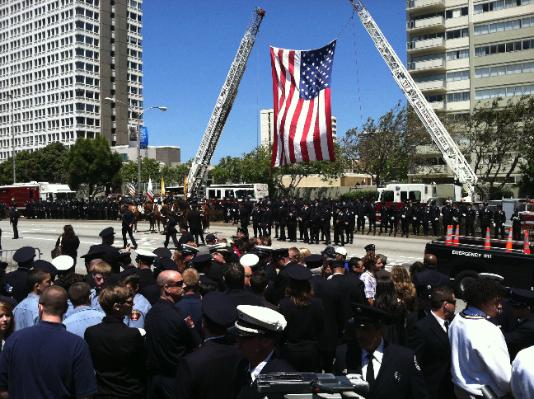 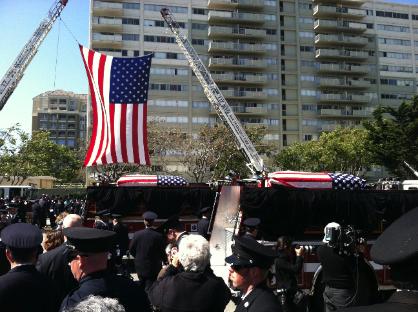 During the memorial, the caskets were placed beside each draped with a white cloth and their helmets on top. To symbolize the devotion that Lieutenant Perez and Firefighter Paramedic Valerio had for their duty, the memorial began with three rings of a bell three times, signaling the end of the emergency and return to quarters. 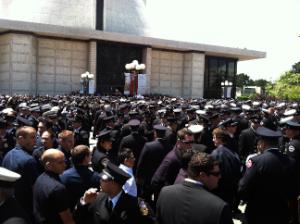 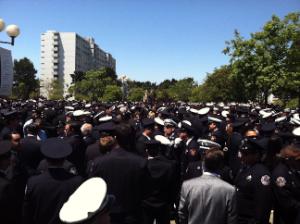 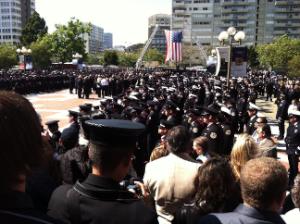 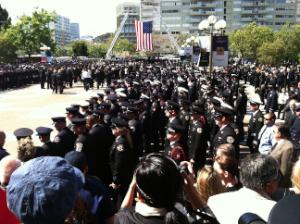 A four hour service was commenced with the San Francisco Fire Department Chaplain Reverand John Greene who spoke about how firefighters do almost everything together-including working, eating, sleeping, and sometimes dying together. 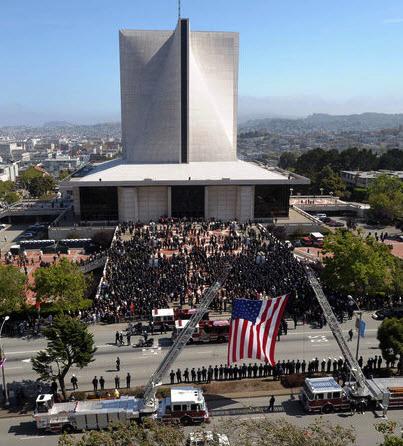 An estimated 5,000 firefighters from around the nation and Canada came and waited outside the church. Engines arrived with the fallen firefighter’s caskets atop them while firefighters stood at attention. 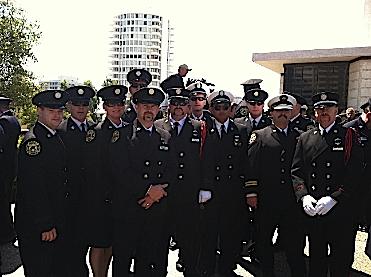 Close to 20 off-duty firefighters from Portland Fire & Rescue traveled to the memorial service to pay their respects.

At the request of the families of Perez and Valerio and Local 798 politicans speaking at funeral service was kept at a minumum. Govenor Brown, Congresswoman Pelosi and Mayor Newsom attended the service but did not speak.