Who:  All are Invited! 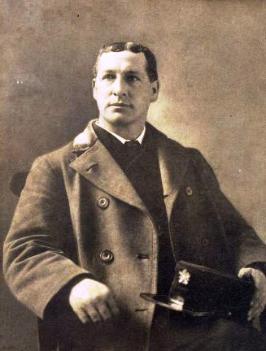 On the morning of June 26, 1911, Wiebka Campbell stood on the Hawthorne Bridge and looked east as Portland's morning sky filled with thick, black smoke. The Union Oil Company at 1204 SE Water was on fire. Every Portland firefighter was at the scene including her husband, Fire Chief David Campbell. 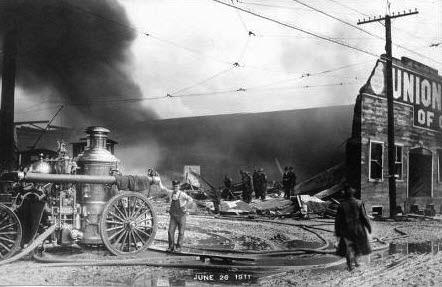 Suddenly, a thunderous explosion echoed through the air. Several hours later her worst fears would be confirmed - her husband would not be coming home. Campbell was last seen silhouetted against the flames, holding up his arms to brace against the falling roof. He had gone into the burning building to warn his men to get out when the fire flashed over. 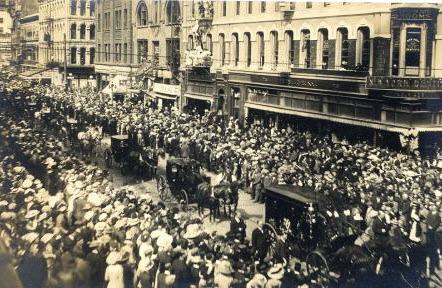 Chief Campbell was so beloved by the City of Portland that his 30 years in the fire service earned him the nickname "Our Dave". At his funeral, 150,000 people turned out and lined the streets of Portland to pay their respects. 100 years later, this remains the single largest funeral procession in Portland's history - a testament to Portland's profound sense of loss.

David and Wiebka Campbell represent the sacrifice made by 36 Portland firefighters who have died in the line of duty and their families. Portland Fire & Rescue's 700 firefighters and their families confront this scenario every day while protecting lives and property in the City of Portland. Every firefighter knows that he or she may not go home at the end of their shift - and yet they serve Portland's communities faithfully and proudly.

On Sunday, June 26th, the entire Portland community is invited join Portland Fire & Rescue in a once in a lifetime opportunity to honor these 36 firefighters and all Portland firefighters - past, present, and future - on the 100th anniversary of Chief Campbell's death.

A horse-drawn antique steamer, bagpipers, and firefighters from around the state, will lead a memorial procession from Portland Fire Station 1. The procession will begin at 9:45 am at 55 SW Ash, take the second right onto SW 2nd, take the second left onto West Burnside, and end at 11:00 am at 19th & West Burnside where a memorial ceremony will take place. The public is invited to watch and participate in these events. Also planned is a 1:00 pm grave site ceremony at Chief Campbell's grave in River View Cemetery - 0300 SW Taylors Ferry Rd.