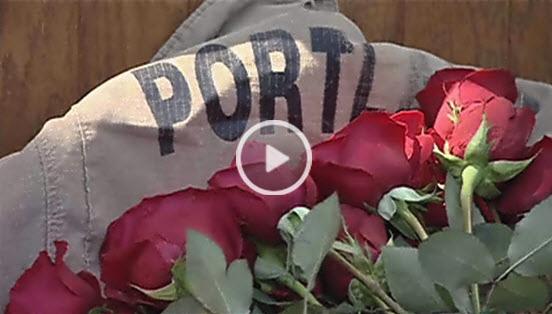 On Saturday morning, Portland and other local firefighters joined together to honor the 36 Portland Firefighters who have died in the line of duty, including one of the most beloved firefighters in the department’s history, Chief David Campbell.

On June 26, 1911 exactly 100 hundred years ago, a fire broke out at the Union Oil Company on SE Water Avenue. Every firefighter in the city including Chief Campbell headed towards the thick column of black smoke. As the fire became more involved, a loud explosion rattled the building. Chief Campbell ran inside to warn his men the building wasn’t safe when the roof collapsed. The last anyone saw of him he was silhouetted by flames, holding his arms up to brace against the falling roof. 150,000 people lined the Portland streets for Chief Campbell's funeral, which is still the largest funeral procession in Portland history. 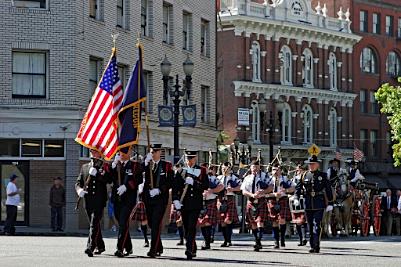 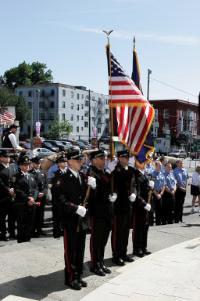 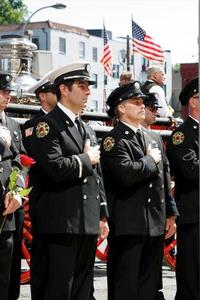 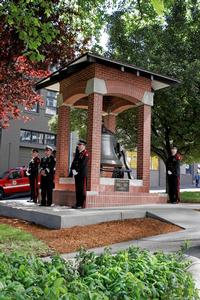 Portland firefighters then took turns standing at attention for a vigil at the memorial site. 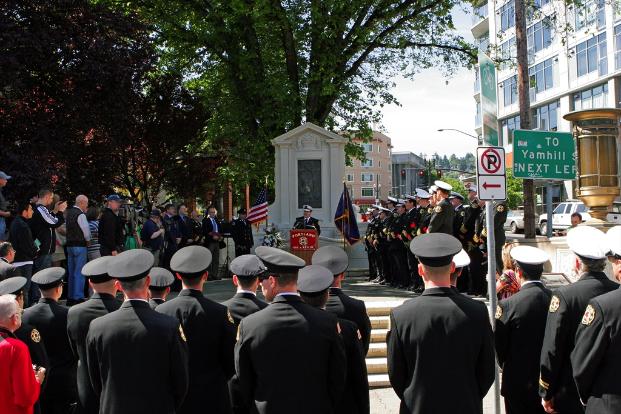 Current Fire Chief John Klum noted during his speech at the memorial that, “Fire Chief Campbell was one of the 36 that have perished in the line of duty. Today is a special day because we’re not only marking the anniversary of Fire Chief Campbell, but recognizing the sacrifice those other firefighters gave.”

Additional photos will be posted on PF&R's Facebook page.