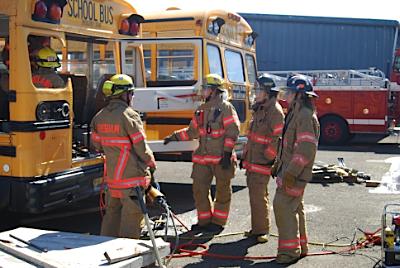 Out of approximately 700 firefighters currently employed by Portland Fire & Rescue (PF&R), roughly 50 are women. In an attempt to educate and inform young women about the numerous opportunities available to them as firefighters, “Fire Camp” was developed and is currently conducted by female PF&R firefighters. The goal of the camp is to instill confidence, build leadership, develop team skills, and provide opportunities for young women. 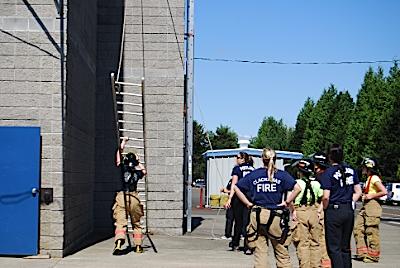 This year’s camp was a wild success with 51 applicants and 35 young women chosen to attend the free three-day training. The specific fire-related skills they learned were hydrant and hose evaluations, self contained breathing apparatus, high angle rescues and confined space rescues, and vehicle extraction. 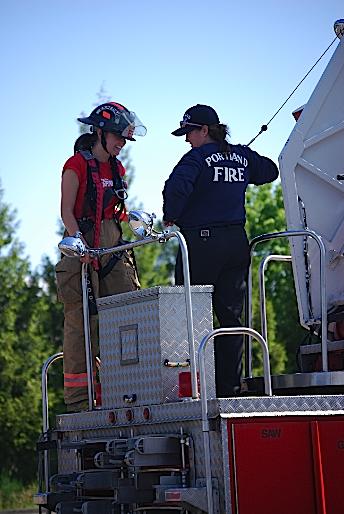 Fire Camp attempts to reach out to as many young women as possible, advertising via PF&R’s blog, website, and Facebook and Twitter accounts as well as releasing information to community groups, high schools, and coaches. Fire Camp female firefighter counselors came from multiple fire agencies from all around Oregon including PF&R, Medford Fire Department, Salem Fire Department, Clackamas Fire Department, Columbia Country Fire Department, and Albany Fire Department. The majority of camp attendees were from the Portland-Metro area.

More information is available at http://www.portlandonline.com/fire/firecamp. Next year’s camp will be in June 2012.