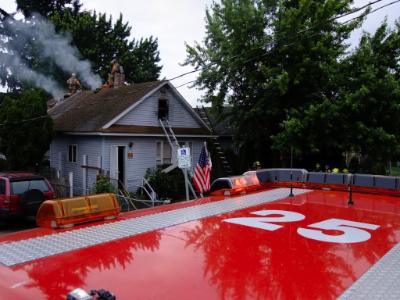 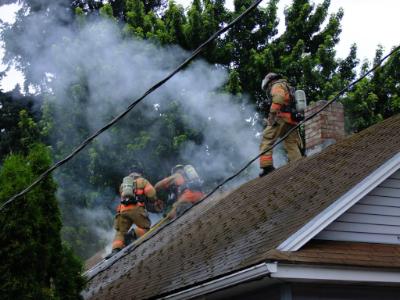 Initial reports indicate that two individuals were sleeping in the upstairs bedroom when the fire broke out.  They were awakened by working smoke alarms and were able to make it to a nearby window and both jumped to safety. 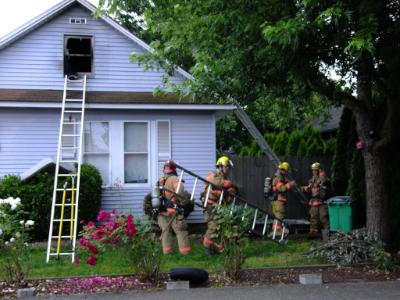 Two other occupants were downstairs at the time of the fire.  A 52-year-old female, who requires use of a walker, was able to evacuate safely on her own.  An 83-year-old female was helped out of the home by a neighbor.

“Fortunately, all four residents escaped this fire safely and without injury.  This is due in large part to the fact that this home had working smoke alarms,” said Public Information Officer Paul Corah.

The fire was brought under control at 6:27am.  Firefighters were challenged by the fact that there was an excessive amount of contents in the home.  They will remain on scene for the next several hours cleaning up from this fire.

Fire investigators are currently on scene working to determine the cause of this fire.  Damage is estimated at $40,000.  The Red Cross was called in to assist the four occupants who were displaced by this fire with finding alternate living arrangements.