At 1:10pm Portland Fire crews responded to the report of smoke and flames coming from the roof of an apartment building. The first arriving unit was a Battalion Chief who reported that there was indeed fire involvement. 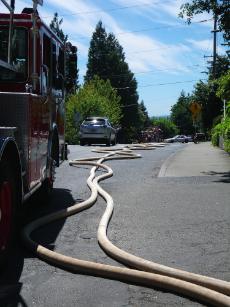 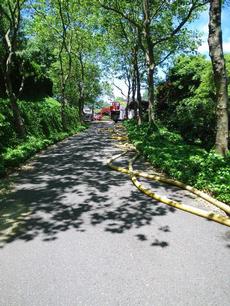 Complicating the incident was a driveway that was approximately 500' long and that the nearest hydrant from the driveway entrance was several city blocks away. 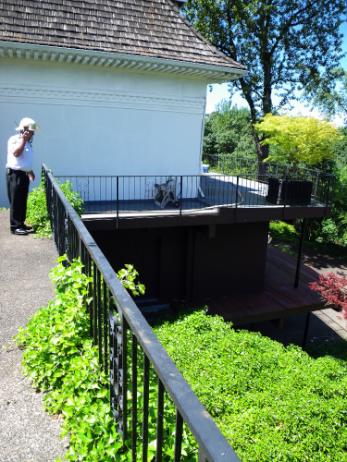 It took hose from two fire engines to provide water to the fire. Another factor was that from the front the building appeared to be only 2 stories tall, but during the primary search for occupants it was discovered that the structure was actually 4 stories. 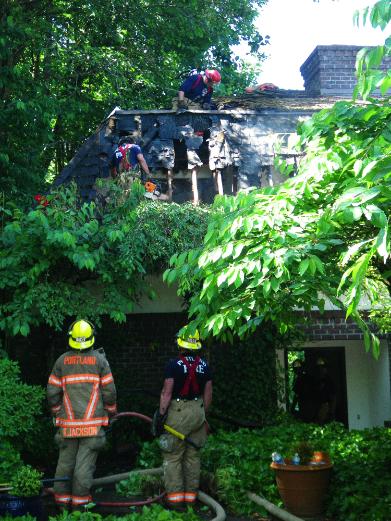 The cause of the fire is undetermined, but originated outside the structure on the roof.
Damage estimates are:
$50,000 Structure
$10,000 Contents
$60,000 Total Damage