In a beautiful Rose Planting Ceremony at Station 24, the Royal Rosarians led the planting of the “Firefighter” rose and the dedicating of 19 other rose bushes around the city to the Portland fire stations. 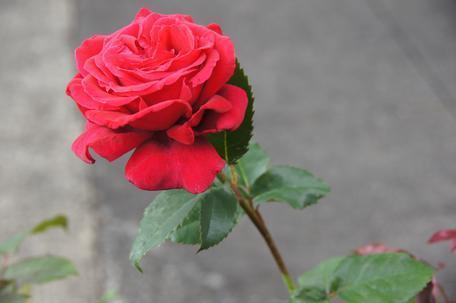 343 firefighter’s lives were lost in the September 11th attack but Sue Casey has found its best to remember them through roses.  Through her creation of “Remember Me” Rose Gardens, her vision of providing a living tribute for the victims of September 11th is being made with the plans of a rose garden in each of the three sites: New York City, Washington D.C., and Shanksville, Pennsylvania.

“When I met Lt. Bob Jackson from Engine 54, Ladder 4, Battalion 9 in mid-town Manhattan on February 16, 2002, he told me he wanted a red rose to name “Firefighter”.  Not only for the 15 [firefighters] from his house who died on September 11th, but for all the [343] firefighters lost that day,” Sue Casey said explaining her inspiration for the rose.

The incredibly fragrant “Firefighter” rose petals were bursting after finally waiting for the sun to shine in Portland and for them to bloom.

Chief Klum spoke on behalf of Portland Fire saying, “This particular rose has a special place in our firefighters’ hearts as we give remembrance of the service and sacrifice of those others on September 11th.  We hope these roses bloom for many years to come.” 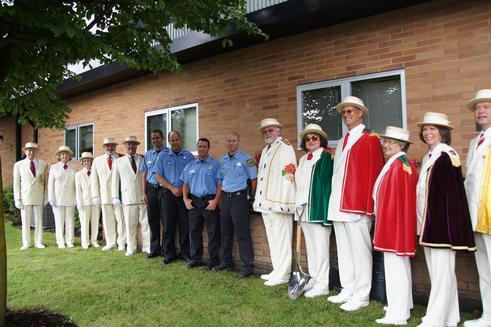 Firefighters thank the Royal Rosarians and enjoy the ceremony

The Royal Rosarian Grand Marshal also spoke about the roses being a living testimonial to the leadership of our worthy firefighters and the fateful day of September 11th. 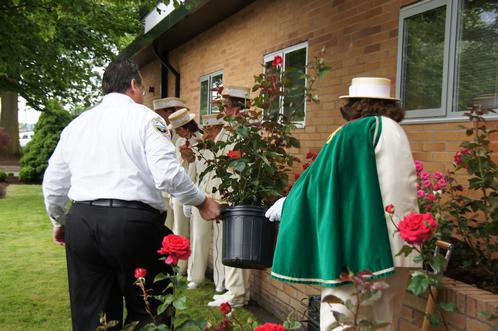 “We can’t think of more of a fitting place to plant and dedicate these roses than to the people who have provided for our citizens and community so gallantly,” he said. 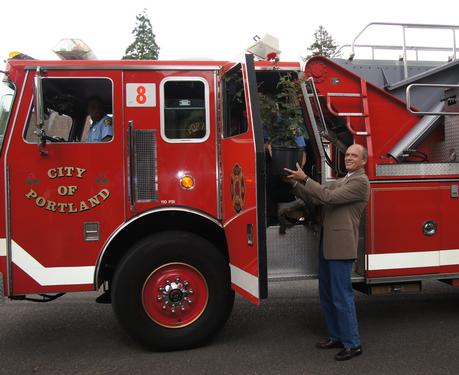 Nineteen other Portland Fire and Rescue stations will each receive the “Firefighter” rose bush to be planted at their respective station.

We are grow roses as well. We leave in Poland. In our region is many <a href="http://rozaria.pl/">róże</a> tradition as weell. Very intersting article. Nice fotos. Regards greg