In Ghana, there is an old proverb about trying to get to the top of the tree to get the very best fruit.  They all want that delicious fruit but just need a little help up to those first branches before they can climb the rest of the way to the top.  This is where Firefighter Ed Resch and Lieutenant Chris Barney, along with two other Clackamas firefighters, stepped up to the plate to help. 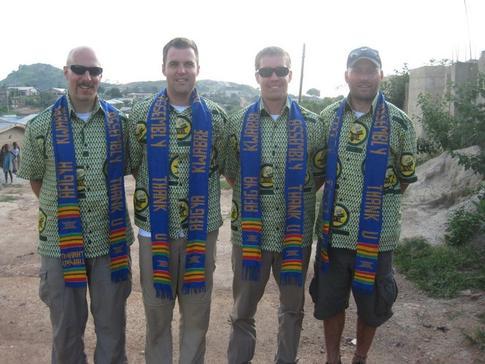 (From Left to Right: Ed Resch, Lt. Chris Barney, Tim Barbknecht , David Anderson.) Both Resch and Barney have had past experiences serving foreign countries that are either disaster struck or third world countries.  They both have volunteered in Port-au Prince, Haiti after the devastating earthquake that the country is still recovering from.

As a part of Global Mission Readiness (GMR), a locally based non-profit, the team set out for Ghana this past May for 17days with goals of educating Ghanaians about emergency service, promoting disaster prevention, and to leave the country with a fire station in their area that was self-reliant and capable of providing response to local people.  Ask them both and they will respond their trip was a complete success. 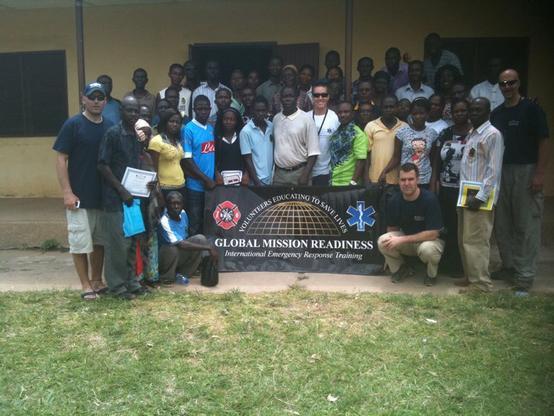 GMR is only limited by their funding as it is soley run on outside donations.

In the small city of Kumasi (30-45 mins. from the small town they stayed in), there are only 2-3 fire stations and 5 ambulances serving 2.5 million people.  The one fire station’s engine has been broken down and out of service for over a year.  Fires seldom happen in these towns and cities (bush and wildfires are more common) however the strip of road that runs between Kumasi and the town is one of the most dangerous and fatal spots for drivers in all of Ghana.  Pot holes and missing chunks of cement ravage the road and if the cattle crossing the street aren’t enough to damage you or your car, the reckless speeds drivers take is enough to kill many.  Though there are local zonal volunteers there to respond along this road, it was the team’s mission to train and prepare more of their citizens for these nearly fatal accidents.

The team stayed in a small town just outside of Kumasi (the 4th largest cities in Ghana).

Four days out of the weeks spent there, Resch and Lt. Barney held class to their 50 coed students, with a new incoming class each week. They went over general first aid as well as response to injuries that could occur during a car accident.  Students used their in class knowledge and applied it to practice with various drills and exercises as well.  However it was different not having all the equipment and tools that would be found in the US; many had to improvise with make-shift splints.  Not only was equipment use improvised at times, but they had to adapt to the culture with the class lessons, “We had to be fluid with everything.”

Lt. Barney noted, “It was enjoyable watching the students as they learned the skills overtime.  All of them were eager and attentive during class.  By the end of the week, these once 50 strangers developed into friends.” 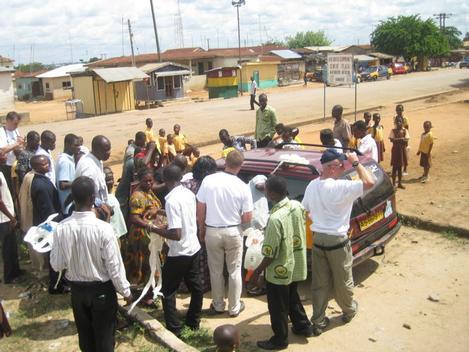 The team was able to communicate fairly easily with English as the official language there but Twi (pronounced chwee) is also spoken there.

Of the rest of their time not teaching, Resch and Barney along with Tim Barbknecht and David Anderson from Clackamas Fire, were able to travel around the country and really experience the different culture.  They visited a monkey and crocodile sanctuary and also got out to a safari to see other African animals like elephants and zebras.  When it came to the food, Resch admits, “We couldn’t always tell what we were eating.”  The main diet consisted of fish and during a traditional dinner with their translator/guide’s family, they were given the national dish of Fufu and ate it with their hands. 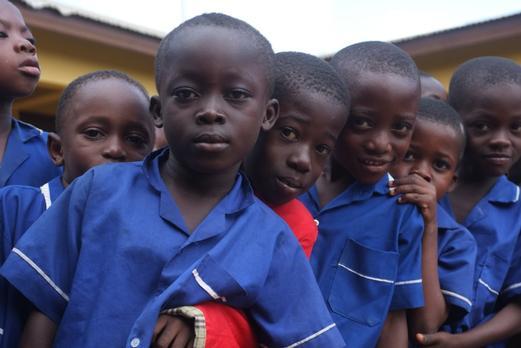 Students from a local school run by Linda, a friend of the firefighter team, were overjoyed with the visit from American firefighters who also brought books and school supplies.

The people of Ghana are not only the friendliest people you will come across, say the team, but they are very proud of their country and culture and want you to share it with the rest of the world after a visit.  The fire fighter volunteer team not only donated emergency equipment to the local station, but the team was able to visit the local “Linda School” and bring books and school supplies to the students. 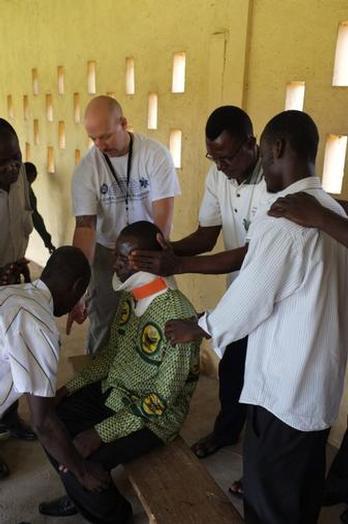 With hands-on learning and practice, Ed Resch taught cervical spine immobilization to a group of students

After returning to the states, Resch and Lt. Barney now notice more of the cultural differences.  Barney says that he is now more appreciative of the little things such as all the equipment they have around the station.  Both agree that it was a wonderful experience with far reaching implications for that region in Ghana.

With the organization GMR, they are hoping to make the Ghana volunteer trip an annual one and hopefully get people to go back in January.  Each day, GMR gets requests for volunteered help and relief work in foreign countries.

If you are interested in volunteering in the upcoming Ghana trip or any other GMR abroad operations check out their website: http://globalmissionreadiness.org/donate.php