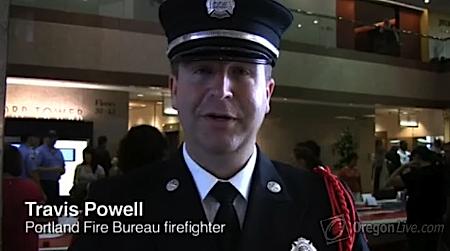 Visit the Oregonian online at http://www.oregonlive.com

A bagpipe procession commenced the ceremony held at the US Bancorp tower where the flag lay displaying each patch that had been hand sewn in the past 38 states. As Portland Firefighter Travis Powell from Station 10 sang the National Anthem facing the colors, the historic lyrics’ meaning was more present with this significant flag.

“Gave proof through the night that our flag was still there…”

Jack McNamee, a firefighter from New York Fire Department in the Bronx, touring with the National 9/11 Flag, told of how the flag had been destroyed in the destruction of the September 11th attacks. “It had been found dangling from scaffolding on a building across the street from the Twin Towers [rubble],” he noted solemnly. 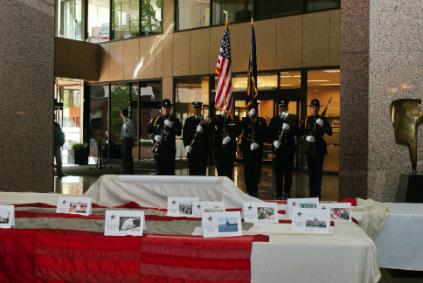 The 30-foot flag was meant to be a “symbol of hope and appreciation to the police, firefighters and volunteers searching through the rubble each day.”

The flag become damaged and worn, turning gray from the lingering smoke in the area with widening tears torn from whipping constantly against the jagged edges of the remaining buildings.

“They literally stitched together our histories,” said Jess Parness, who heads the New York Says Thank You Foundation, the nonprofit founded after 9/11 which  has spearheaded the restoration of the National 9/11 Flag.  “Destroyed in the aftermath of 9/11 in New York, being brought back to life…” 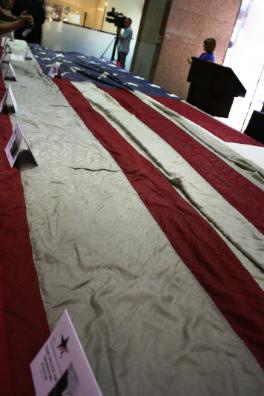 Forty percent of the flag was missing and although it was going to be permanently retired a group of elder seamstresses in Greensboro, Kansas knew they could stitch it back to state using other flags that were to be retired.

“This flag symbolizes the resilience and compassion of the American people,” said McNamee. 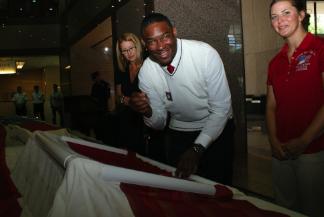 Rodney Stearns was one of the local service heroes from Portland to be nominated to give one of the first stitches.  He was nominated for his creation of the Text No More organization and campaign in Oregon after working as a paramedic and witnessing the horrific car crashes resulting from texting while driving.  After stitches were made from other local service heroes in the Portland community, the public was invited to contribute their own stitch.

Part of the National 9/11 flag sewn into the center is a piece from the American flag that had cradled President Abraham Lincoln’s head after he was shot in the Ford Theater. 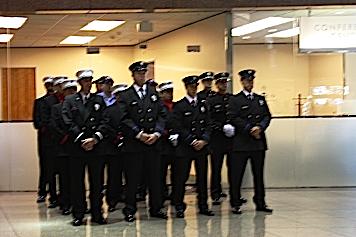 Throughout the ceremony, Honor Guard personnel from Portland Fire & Rescue, Portland Police, Clackamas Fire District #1, Tualatin Valley Fire & Rescue, and Gresham Fire & Emergency Services stood guard at the flag, being a reminder of those who lost their lives in the line of duty protecting American lives, homes, and our country and also those who currently serve our communities and our nation. 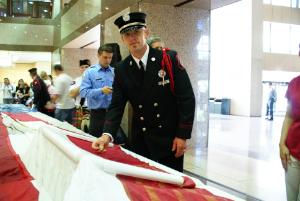 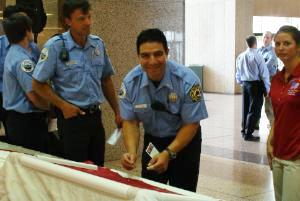 Oregon is the 39th state that the flag has visited on its national tour and is expected to be finished by the 10th anniversary of the September 11th attacks and displayed at the ceremony. 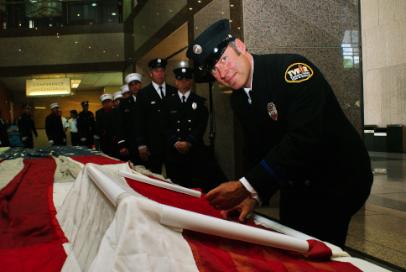 The flag has been displayed at 61 previous locations extending from Long Island, NY to Pearl Harbor, Hawaii and even at sports events such as a Boston Red Sox and New York Giants game.  The flag will head off to Olympia, Washington on Friday,  Once it is restored and made whole again, The National 9/11 Flag will become a part of the permanent collection of the National September 11 Memorial Museum being built at the World Trade Center site.

Drawing trend lines is one of the few easy techniques that really WORK. Prices respect a trend line, or break through it resulting in a massive move. Drawing good trend lines is the MOST REWARDING skill.

The problem is, as you may have already experienced, too many false breakouts. You see trend lines everywhere, however not all trend lines should be considered. You have to distinguish between STRONG and WEAK trend lines.

This sophisticated software automatically draws only the strongest trend lines and recognizes the most reliable chart patterns formed by trend lines...

Chart patterns such as "Triangles, Flags and Wedges" are price formations that will provide you with consistent profits.

Before the age of computing power, the professionals used to analyze every single chart to search for chart patterns. This kind of analysis was very time consuming, but it was worth it. Now it's time to use powerful dedicated computers that will do the job for you: