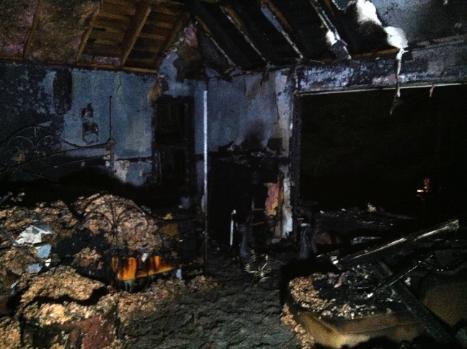 At 10:13 pm on August 1st, Lake Oswego Fire Department (LOFD) firefighters were dispatched to 5676 Suncreek Drive for a report of a house on fire. Several neighbors had called 9-1-1 explaining they could see flames coming from the house. When LOFD firefighters arrived, they confirmed that heavy fire was coming from a back bedroom. The crews acted quickly and were able to knock down the flames from the outside. As crews went inside the house they found the family dog alive and not injured.

PF&R Station 18 Captain John Derr reported that he and Firefighters Joshua, Robert, and Ryan provided mutual aid to LOFD firefighters by entering the home, checking the attic for fire extensions, and conducting a secondary search on the second floor of the home. 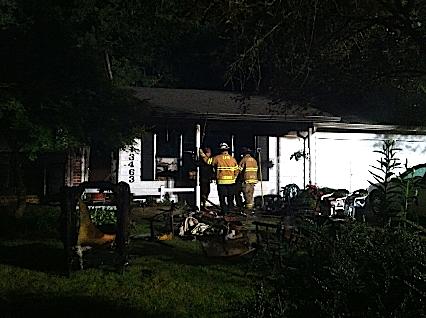 About four hours later, LOFD responded to a house fire at 13463 SW 63rd Place. An occupant in the home was cooking, noticed flames from underneath the burner, and attempted to extinguish the fire with baking soda. However, the flames spread quickly and the occupant and his mother evacuated the home and called 9-1-1.

Firefighters from Lake Oswego arrived and quickly extinguished flames that had engulfed the entire first floor of the house. Again, firefighters from PF&R’s Station 18 and TVF&R arrived as well to provide mutual aid.

Captain Derr and Firefighters Joshua, Robert, and Ryan helped to pull siding from the back of the home, checking for spots where the fire may have extended. They also performed a secondary search in the basement.

When fire agencies provide emergency response and protection support to one another such as the situation described above, it is called “Mutual Aid.”  Portland Fire & Rescue currently participates in mutual aid agreements with all fire agencies bordering the City of Portland including the Port of Portland Fire Department, Vancouver Fire & Rescue, TVF&R, Clackamas County Fire District #1, Lake Oswego Fire Department, and Gresham Fire & Emergency Services. The goal of mutual aid is to lend or receive fire protection and emergency medical services assistance across jurisdictional boundaries.