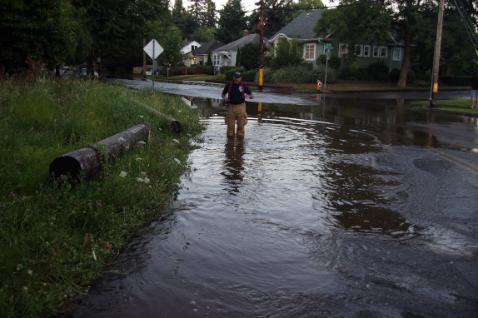 Portland Water Bureau is on scene with assistance from Portland Fire & Rescue, working to shut off a water main break in the area of NE 68th & Halsey.

At approximately 4:00 am, water began bubbling out of the street in the area, and subsequently flooded homes near NE 67th Avenue between NE Pacific and NE Hassalo.  Many of the homes in this area have drywells, which is hampering firefighters efforts to drain water out of the area.  Drywells are concrete canisters filled with rocks that collect rainwater - and any other water source - for stormwater containment. 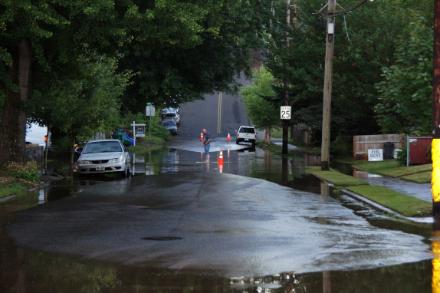 Many basements are flooded at this time and incident commanders from Portland Fire & Rescue have called Northwest Natural Gas to the scene to shut off gas in the area of NE 68th & Halsey due to the number of homes that have gas furnaces in their basements.

The 68th Avenue off-ramp from Interstate 84 Eastbound is closed to traffic at this time, as is NE Halsey and NE 68th Avenues, which will likely impact traffic in the area. 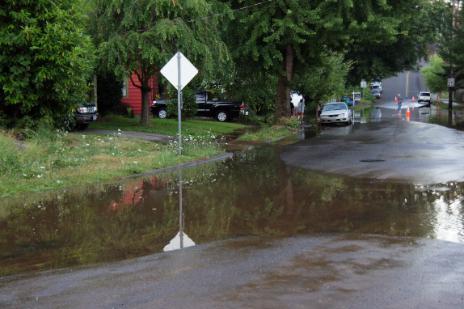 Water Bureau spokeswoman Terry Black indicated that an eight square block area around the break may experience low water pressure and discolored water.  Water Bureau personnel are testing the water at this time for quality assurance, but it is deemed safe for human consumption and use.

There is no estimate on when the break will be repaired, but crews are on scene working to isolate the source of the break and repair it as quickly as possible.