Elizabeth, retired Portland Fire Lieutenant Dan Rosso’s daughter, has grown up around firefighters her whole life. Though she grew up to become a teacher and coach, the adrenaline seeking side of firefighting was never too far away. Last year, Elizabeth, affectionately known as Bethy, was one of the participants who competed in and won the televised reality show “Wanted II: Adventure Woman”, a competition where the grand prize was the winner’s own TV show.

Previously, Bethy had applied for Survivor and not even received the chance to participate, so winning this series was a shock, but incredibly rewarding. “The whole experience was surreal," Bethy noted "I didn’t really think it would happen!”

By winning, she received a cash prize from Fred Meyer’s and a two year lease on a Dodge pick up truck, in addition to her TV show (“The Adrenaline Hunter”). Though her grand prize win was supposed to be limited to only a one year contract, Bethy’s series (which shows on Comcast Sportsnet) has been renewed for a second season after surprising everyone with stellar first season ratings. 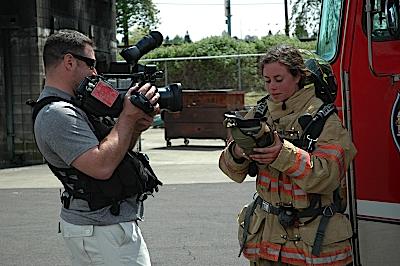 While filming, Bethy got to return to her Portland Fire & Rescue roots by filming a segment at Portland Fire’s Training Center where she went through Firefighting training for two days. 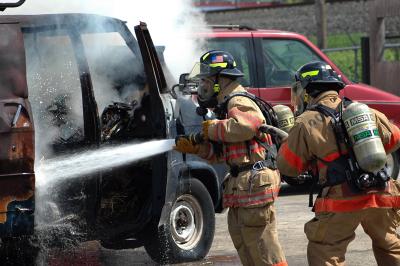 She pulled sleds, ladders, hoses, and even put out a car fire. 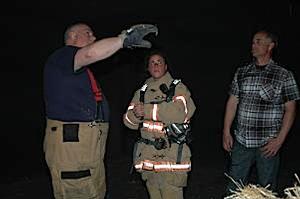 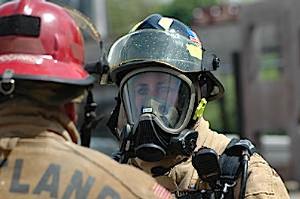 “Firefighting is the ultimate adrenaline line job. These men and women are amazing. I have such respect for firefighters. After going through two days of training with them, my respect for them is even greater. The most amazing thing to me is when everyone is running out and away from danger; firefighters are running in and towards the danger.”

Hey there! I could have sworn I’ve been to this website before but after
checking through some of the post I realized it’s new to me.
Anyways, I’m definitely glad I found it and I’ll be book-marking and checking back often
http://straight2voicemail.com.au

Too bad about the spammer comments. I was actually on one of the Adrenaline Hunter episodes, the one about hijacker DB Cooper. Bethy was great and it was a lot of fun.