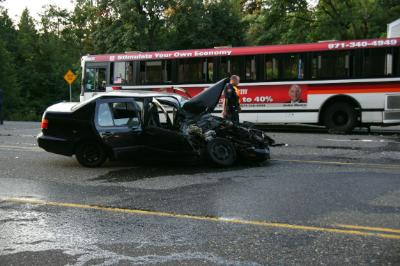 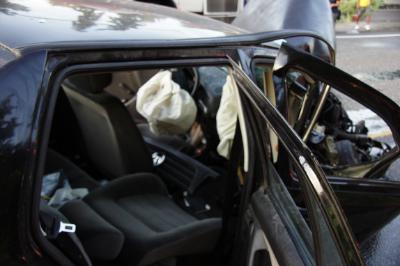 Firefighters from SW Portland's Station 5 were first on scene and used the jaws of life to extricate two female patients from the Jetta.  One patient was entered into the trauma system and transported to Oregon Health Sciences University.  Also traveling in the car was a small dog - a brown miniature dachshund - that escaped from the car and disappeared into a nearby neighborhood.  If anyone sees the missing dog in the area of this accident, they are asked to call Portland Police non-emergency at 503-823-3333. 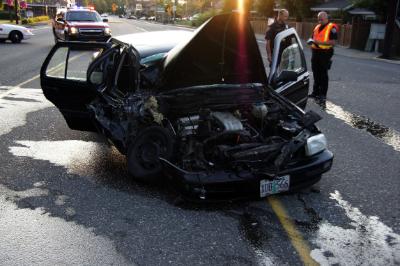 Nobody on the bus was injured in the accident.  Portland Police have closed traffic on Beaverton Hillsdale Highway in both directions.