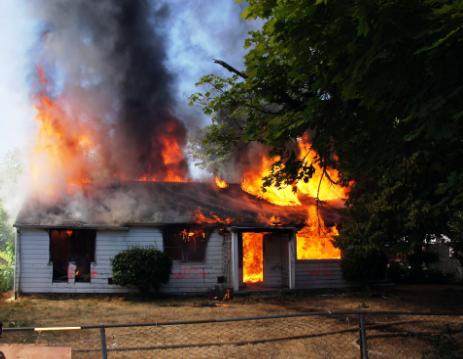 On Thursday, August 4, 2011, Portland Fire & Rescue (PF&R) conducted a training house burn at 136th and SE Bush in Portland, Oregon. The Burn to Learn training provided valuable live-fire training in an actual residential structure for newly hired Firefighter Recruits as well as seasoned crews from Engines 2, 12, 16, and 26, Truck 2, and Air and Rehab Unit 12. 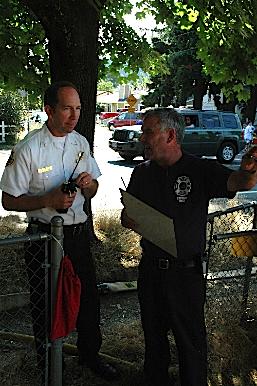 The Burn to Learn began around 9:00 a.m. when PF&R training officers set small fires in the house. 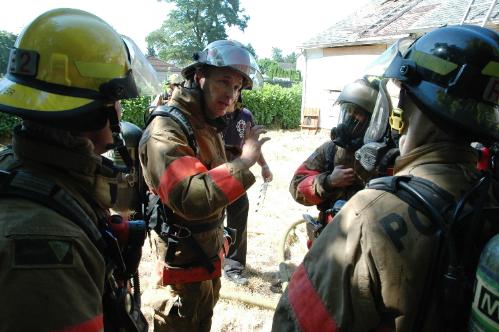 The training officers, alongside Operations Division Chief John Nohr, accompanied firefighter recruits inside to extinguish the fires. The process was supervised by experienced, career firefighters and followed strict safety guidelines. 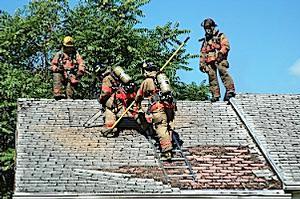 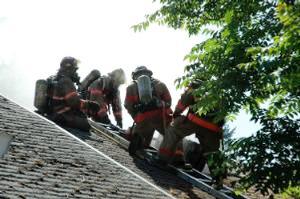 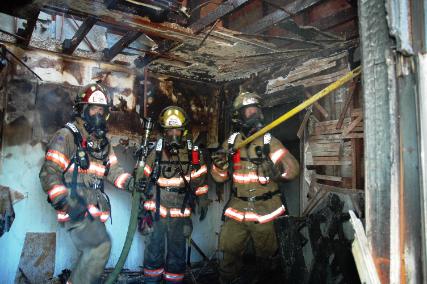 Once the training drills for the Firefighter Recruits were completed, the house was allowed to burn in a controlled and safe manner. 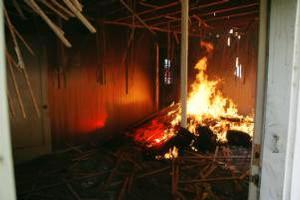 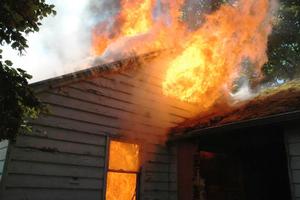 This training provided Firefighter Recruits with an opportunity to practice advanced firefighting techniques in a live fire setting and saved taxpayer money by reducing the amount of demolition debris that must be removed from the site.

Portland Fire & Rescue conducts these types of training burns several times a year. Training Staff Captain Kyle Wochnick noted, "Burn to Learn training exercises are especially valuable for PF&R's newest firefighters by allowing them to observe fire behavior and smoke conditions in a burning structure." Wochnick added, "Firefighters are able to learn the limits of their equipment and practice tactics in a controlled environment." 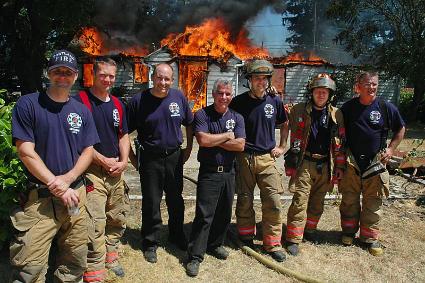 For questions or to learn more about Portland Fire's Burn to Learn training, contact Training Staff Captain Kyle Wochnick at (503) 823-3700. Additional photos will be posted on PF&R's Facebook page.