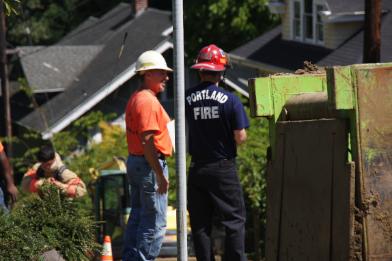 Portland Firefighters responded to a gas leak between SW 17th and SW 19th and SW Clifton and SW Jackson at 11:00 am.  Upon arrival, firefighters from SW Portland's Station 15 encountered a natural gas line that had been severed by a partial collapse of dirt that occurred when construction crews were digging a trench in the street. 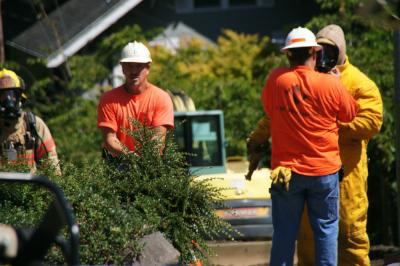 Firefighters evacuated workers and homeowners within a two block radius of the leak, while waiting for NW Natural crews to arrive to shut off the gas line. 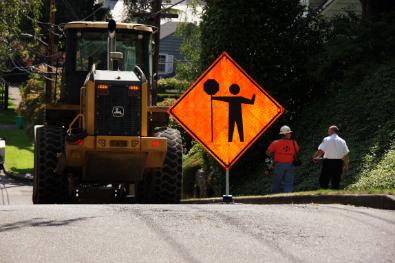 Crews used portable gas detection equipment to read gas levels and monitor air quality in the vicinity of the leak to ensure there was no build-up of gases in surrounding homes.  Firefighters responding to the leak were in full turnout gear and self contained breathing apparatus during the response.

Crews charged hose lines in the vicinity of the gas leak to protect construction workers who entered the trench to cap the leaking line.  It took workers approximately one hour to shut off the leak.