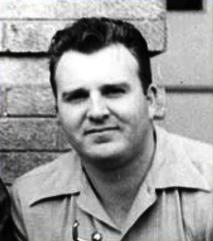 Truck 4 was responding to a mattress fire at 2203 SE Orange from their quarters at 11th and SE Stark. As the Truck prepared to turn from Hawthorne to Ladd Avenue, they collided with a bus from the Rose City Transit Company. The collision threw John Metcalf from the vehicle and injured four other firefighters.

Metcalf was transported to Good Samaritan Hospital where he was pronounced dead. Several bus passengers were also injured. The bus driver was cited. The fire, which they never reached, caused $100 damage. Metcalf was 46 years old at the time of his death and was hired December 1, 1938.

He was survived by his wife and son.